exploring the power of presence 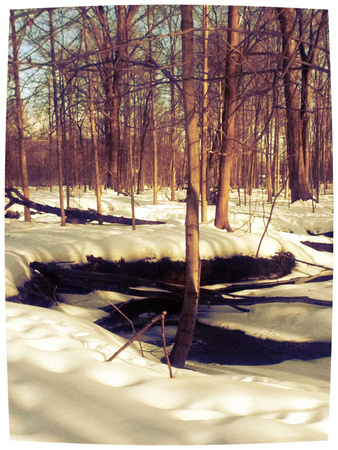 Having arrived in Detroit, Michigan almost 3 months ago, I unknowingly would be living in the most severe winter here since the early 20th century from what the locals describe. It has snowed nearly every single day for these last few months. Part of me being here, is the exploration of throwing myself into reality and working with it. There were various fingers pointing to this place, and I simply followed. There is always that initial fear, doubt in making ones self vulnerable to such uncertainty, yet that is the whole point. And more often than not, the mind's dysfunction is revealed if one go beyond thought and experience the action. Its not the doing that makes so much difficult, its the thinking of doing. After being here, the experiences that have presented themselves... it all makes sense in a perfect, indescribable way. Not without challenge of course. Coming from San Francisco, where I had my practice of swimming in the bay as a spiritual discipline, biked thru the city for inspiration, participated in social circles on the regular, and so on... my life would go from complete activity to that of near hibernation. Due to the snow here, I have been forced to be indoors most of the time. On the occasional social gathering, conversation tends to relate to the severity of the weather and the 'winter depression' that results from it. Yet it again however, this is an opportunity for inner work. To not demand condition of the place I find myself in, but to find its treasure. The treasure I found in being with it. And when the sun begins to melt away the snow, I will find the treasure in that as well. The goal is to not experience reality via condition, rather unconditionally. 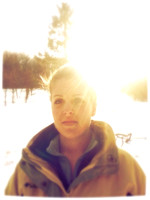 Excited that it had finally stopped snowing and the temperature above the 30's, comrade Emilee and I excitingly drove over to a nature park in Troy, Michigan. The snow had not melted, but the fact that we could even walk around without feeling the punishment of the wind chill was relieving. We walked around tall trees buried in snow with the smell of maple all around. And half way thru we found a spot and meditated. We closed our eyes and tuned our being, in harmony with the present world. 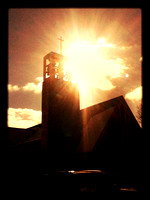 When coming to again, it was as if the spotlight of the world had been turned on. The colors vibrant, the tiniest sounds intense, the firmness of the ground so inviting. Being in nature invites this intense presentness. Mediation is the vehicle to ride in the passenger seat taking it all in on like a tourist in a foreign, exotic land that gives no other joy than experiencing all that is within it. The trick is to carry this same spirit outside of the nature park, into as many as life's situations as possible. Whether waiting in line at the post office, purchasing a coffee from the local barista, driving to work, etc. To invoke that same passion of participation with whatever is offered. I shipped a painting for a show in Maryland this morning, and the worker was rude. She was uninterested in helping me. While she rolled her eyes, lost patience with my slow demeanor, and so on, I was present with her. Not analytically, emotionally but just intensely with her. The make up on her cheeks, the number of black pearls on her ring, the crows feet in the corner of her eyes, the various subtle tones of make up sloppily applied on the lips and bled to the skin around it, the gradation in blonde hair with dark roots, and on and on. I enjoyed being there. I was a little stressed with her pressure applied demands, but I was with my stress too. All done with direct eye contact and gentleness. Though it didn't happen here, I've been in  such situations before where my devotion to presence had an affect on the other party. Its almost as if they became aware suddenly of the lack of theirs and saw the fun of it and joined in. I feel this tends to occur when that pattern is broken where one party is dependent on the reaction of another, but when the other party creates with spontaneity rather than predictable reaction, does a shift occur. I can remember a situation with a police officer yelling at me, where I went to him right after, made eye contact, only for him to yell at me more. When I spoke, though with a shaky voice, I took full responsibility for what I had done, apologized, and ended with the inquiry as to why the need to yell at me with such aggression. He looked stumped, removed his eye contact and parted ways. Im sure he would have new how to react if I had reacted in any number of ways. But unscripted, a creative response was demanded though not met.  The power of presence is so relative with so much of this life experience. Without it, its as if one misses out on the experience of life itself. Fundamentally, presence is so easily accessible, yet it is so easily missed. Test it in your next conversation. Is the other person present? Or are they distracted. Distracted by thoughts, emotions, what others are thinking? More importantly one's self. Are you present? Are you aware of the time, the season... while you're in its pulsating center?

This piece was inspired by recently visiting the Detroit Zen Center. Though I don't identify with being a buddhist, I continue to learn so much from the Buddha's teachings. It was a beautiful experience to be in the presence of this community, though only once so far, and sit in meditation with them. Whether inside the temple, or outside of it, the commitment is to cultivate the ability to be deeply aware of the constant occuring reality, and to live fearlessly in it. Sometimes this mediation takes the form of a seated posture, sometimes it is on foot. Regardless of the time or the place, the devotion is to live in it's center. Or as it says at the entrance of the Detroit Zen Center, " Bring only your open heart, leave everything else behind... transcend the human world and realize your true nature." -Sunim. Enjoy 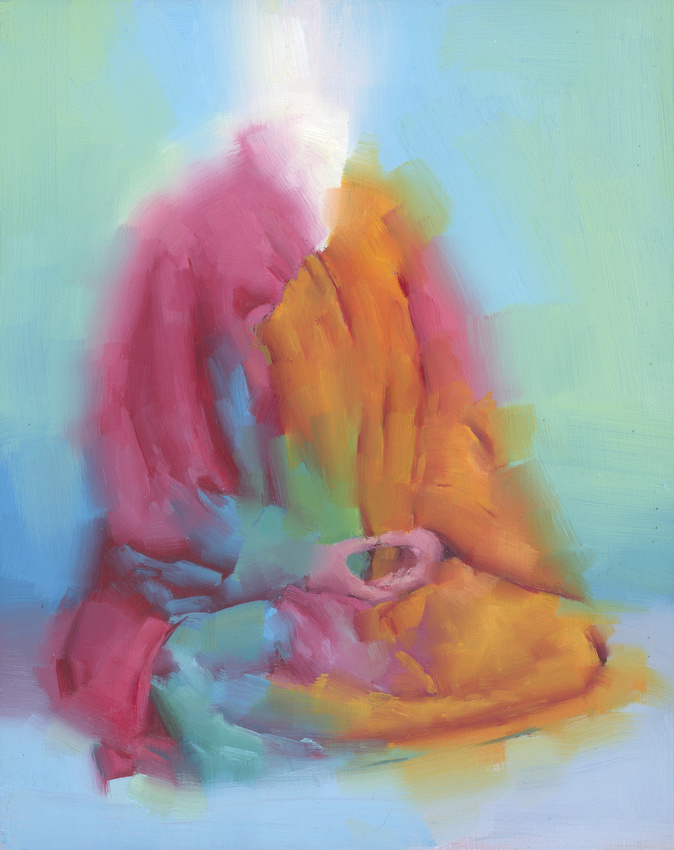 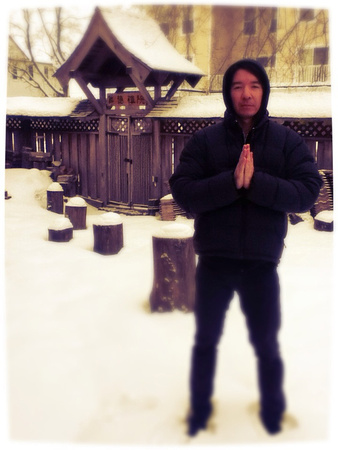 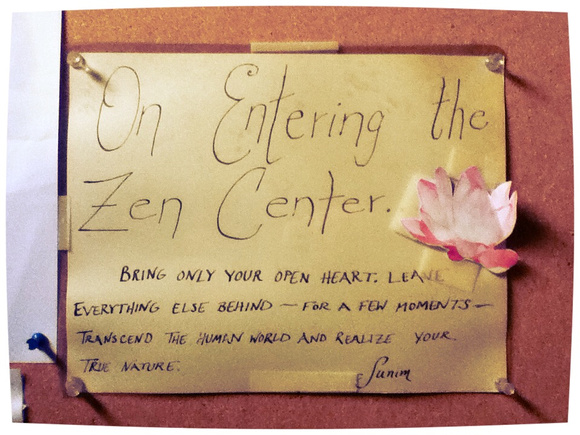