‘Art is…’, is the title for an upcoming show at 1810 Gallery in Sacramento, California. The inspiration with making an art show about art came from location. Although having left twenty years ago, I was raised in Sacramento. Growing up here was challenging for a sensitive, introverted, artistic individual in an environment void of artist culture. Especially during a time prior to social media or even the internet, my only community besides the occassional artist classmate was myself. Since however, art has become part of the social landscape and I was taken back after witnessing an event earlier in the year called 'ArtStreet'. It was overwhelmingly inspirational seeing a gathering of artists using creativity and aesthetics in expressing personal ideas. The large wherehouse turned art museum was filled not just with beautiful pieces, but pieces communicating social, political, existential ideas, etc. I never imagined returning to this city and participating artistically here, but this show alone made it a no brainer. Returning to my place of origin has brought up the past. Speaking within the framework of art, my memories quickly take me to the roots of my creativity during the earliest days of childhood.  And although i've developed tremendously since, coincidentally I found myself stumbling into this initial inner world with picture making just before returning to Sacramento. This has been the real return with the rediscovery of the bliss, joy of creativity as a child, which slowly became lost from on life's course of developing into an adult. And so with the continuation in giving form to the inner world with drawing and painting, the following stories are the source of their initial formlessness. Enjoy. 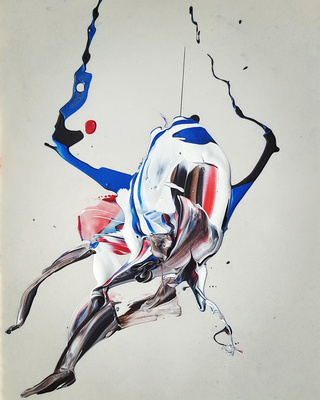 Before learning to write the alphabet I was already drawing pictures. And all the years following never without acception have I deviated from the act, regardless of who I was or my life situation. Similar to sleeping, eating, breathing, etc., it functioned almost on a purely involuntary level, and similar to those things, as a means with survival. This was far more the case growing up where I never thought about it. There was never a reason to. I simply did it, every day. So much was the case, when I first decided what do with the rest of my life at 19, pursuing a career involving drawing wasn't apparent. I mean not even for a second did I conceive any possibility. So I enrolled in college with the aim of joining the corporate world after towards climbing the ladder of financial security and success. 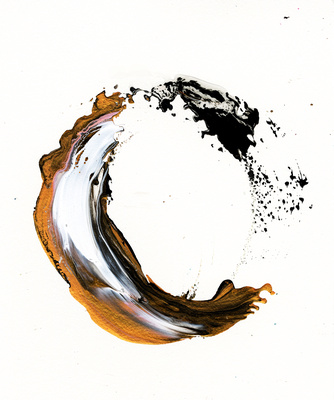 Along with taking the required liberal art courses of history, math, science, etc., I slipped an art class in each semester. My first class was an introduction to general art making. It was here I would be served that painful apple of knowledge, robbing me of the innocence with drawing as a mindless act, and beginning towards becoming self conscious. During a critique where the assignment was to draw a still life, the teacher bluntly told me how my drawings were not art. They were illustration, and she explained the difference. For the first time I questioned with confusion what I had been doing my entire life, as if it were wrong. There was a method, a definition, a criteria, a standard and I was unaware of it, and felt inferior to it. Having no point of reference, it was difficult to fully grasp what the teacher was describing. It hurt emotionally however, leaving a lasting impact sending me onto a path of inquiry. Officially cast out the garden of my childhood, it would be far later on this journey where I would discover the destination point was in arriving back at this beginning. And twenty years later, symbolically do I find myself unintentionally painting circles at this arrival point. Not only do I find it's meaning reflective with having come full circle, the mindset in which they are painted is that of when i first made pictures as a kid.