searching and finding after ten years

Upon graduating from art school around a decade ago, I began taking all that I learned up to that point in regards to the creation of art and set out towards the unfiltered development of my own.  Though there was a natural struggle early on in doing this, thru that process of trial and error, if you were to look at what I had produced over this decade span it may not be so obvious based on looking at the art itself. This is because of the format of how I worked for the most part. Though predominantly paintings and drawings, even when I experimented with other medium such as found objects, the composition was always consistent in its minimalism. Most of the work was simply an object in the center, surrounded by empty space. In the beginning of working this way, my intention was to bring intense attention to the idea that was being expressed, by reducing it to a single object. Anything beyond that, I felt would be a distraction. For example, my money paintings during the cultural exploration period of my art, was always a dollar bill in the middle surrounded by nothing. Even when I went beyond painting money as money, where I used the dollar bill design as a composition in itself, I still kept this second money series strictly as an object in the middle of space. An example is where I painted Jesus in place of any of the U.S. presidents, and used symbols of the republican party, the jesus fish, etc. to create an expression of American religion in a composition.

This would be carried onto my portrait series within that cultural exploration realm, as well as the current Nature exploration. What I've come to realize currently, beyond the initial intent mentioned earlier in this minimalistic consistent approach, is that a deeper aspect of my intention (unknown to myself) was that the effort has been one of searching. I can remember hearing an NPR show on Richard Pryor some years back, where one critic described him as a cultural anthropologist in how Pryor dug into the American soil and brought artifacts to the surface that contained a knowledge of what this American culture was about during his lifetime. I liked this cultural anthropologist idea, and used it as an inspiration in my own efforts. And in current realization after a decade of exploration, do I find that discovery as to why I have worked in such a disciplined format. I always talk about wanting to understand the deeper nature of this human experience. In doing so, it is a practice of removing layer after layer in hopes of getting to the center. The exploration has always been a drive inwards, not outwards. If the drive were outwards, my paintings would consist of adding various design elements. But the drive has always been on what I am painting, not how I am painting it. When I painted Snoop Dogg for example, it wasn't a painting of Snoop Dogg. But it was a painting of the values of ignorance and lack of existential responsibility. The model was chosen as a cultural archetype that represented this on a popular level.

But during this period of culture expression, it was hard to see the deeper nature for it was bounded by the walls of culture itself. Anyone can turn on the tv, read the paper, step outside with the minimal awareness and see the limitations, problems that exist as a result of culture sustainability. Yet it was with the current nature exploration, that realization has come to fruition. And I can't help but feel excited what lay ahead in this sense, not in the way of any external reward, but the discovery of what I have been looking for, for so long. And as part of this nature exploration, I find myself arriving at specific teachings and teachers on the nature of reality. Chogyam Trungpa is one of those. His teachings continue to bring me to realization of the genuine human experience, and to take the leap towards embracing it. To exist with the utmost human wakefulness possible, deeply alive, appreciating the unconditional experience of being a human being in a phenomenal universe. Thru my cultural exploration, I came to find this modern western culture seemingly backwards in so many ways. But with the cultivation of this understanding that I discuss from Trungpa alone, does my personal experience within culture no longer feel as such. Rather it feels harmonious and forward. Thank you Rinpoche. 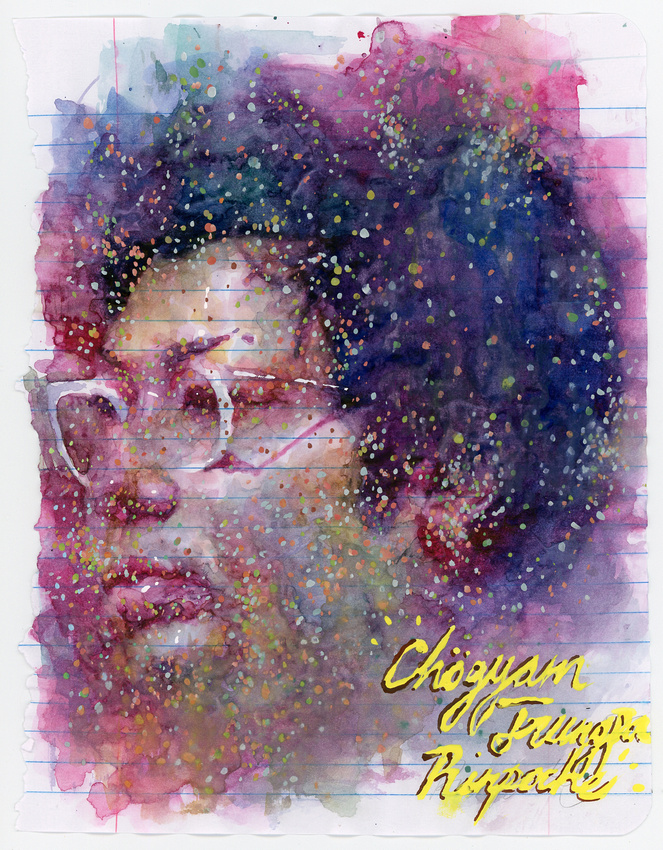