The drawing process with Life Drawing 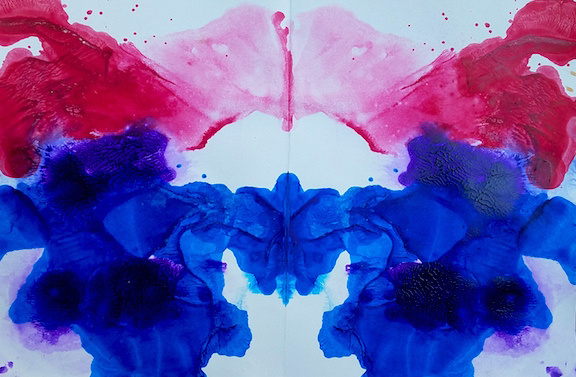 There is a story of a zen monk who would get drunk on rice wine then dip his long hair into a bowl of ink and swing it around spontaneously onto a large piece of rice paper. Looking at the paper after, similar to a rorschach/ink blot test, an image would appear in his eyes from the abstract stain. With a few decisive marks he would then complete the piece, making the object visual to others.

This is essentially the method with how these 'Life Drawings' are made. Stating the obvious, I may not dip my hair in ink, but the process' essence in beginning with spontaneity and finishing with control is the similarity. The monk's method is completed in these two steps but once,  where in my drawings it's repeated numerous times until complete. And it’s those two steps which i find fascinating. I attribute the source with the beginning coming from the subconscious, and the ending with the conscious mind. 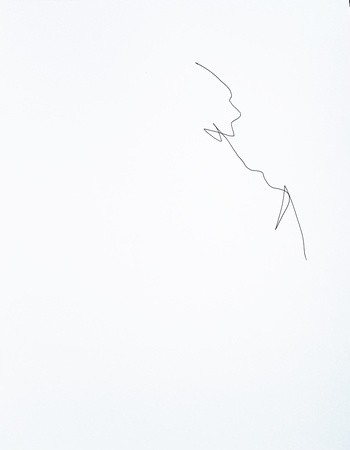 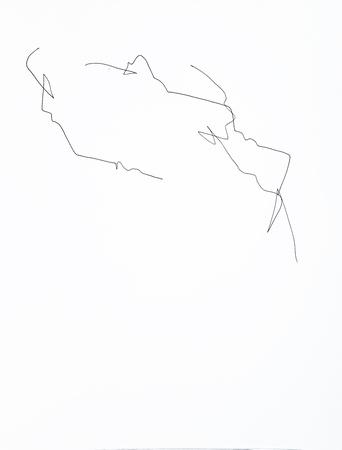 I begin the drawing blindly. Turning my head away from the page, sometimes closing my eyes. I’ve even began while looking someone in the eyes and talking, which is a great method because the purpose is to distract the conscious mind from any involvement. Even with eye’s closed its still easy to fall into drawing thru familiar patterns, but whats sought after is opening a door where something new and unexpected might come thru. The door into the subconscious. 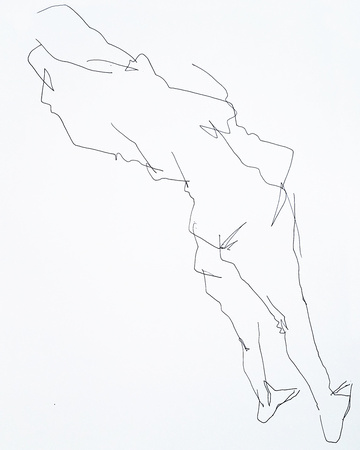 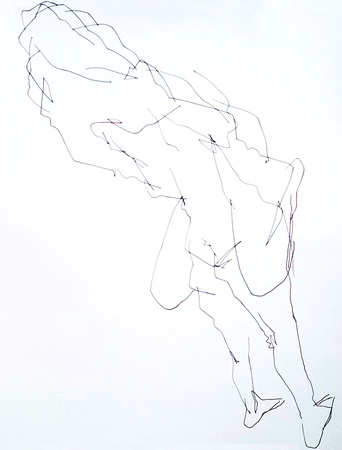 These first marks are basically scribbles, and now looking, if I begin to see a hint of anything I draw while looking at the paper to make it clear. There are no set of rules really, so it could be as simple as completing the shape of a leg or maybe showing an entire figure. Every drawing is different. Sometimes the drawing never goes beyond just scribbles. It all depends on the preceding marks. At some point I shift back into the subconscious with looking away from the paper again and making rapid marks. As the drawing develops in this back and forth way in looking/not looking, it becomes semi blind where i look at the edge of the paper but not what's actually being drawn for example, so I can stay within the page itself. The aim is for an image to manifest on its own, which I could not preconceive consciously.  Similar to a midwife helping to deliver a baby. So the process is an intentional transitioning in and out of conscious and subconscious states, until a somewhat completed image has formed. The addition of rendering after sometimes also alters the image in unexpected ways, however it is far more conscious oriented, which would be likened to the monk making visible what he initially saw only personally, using deliberate marks creating an image for others to see as well. 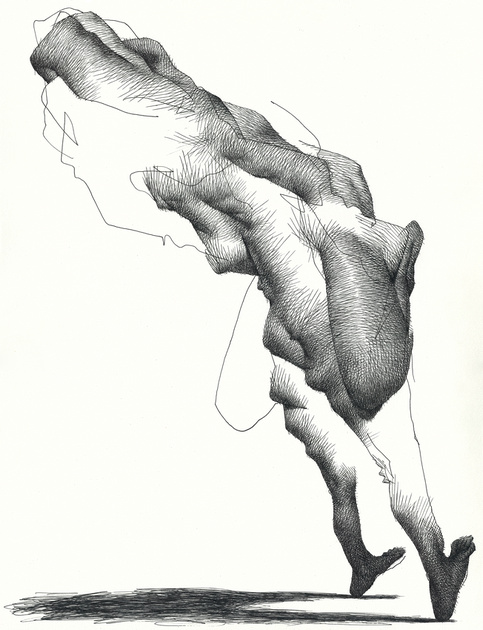