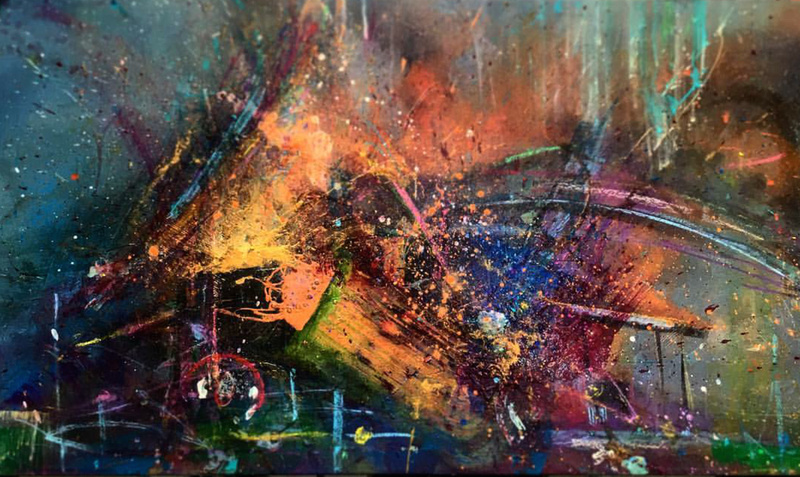 "House on Fire", collaborative painting by Sek3 and Akira Beard

I dreamed I was in a large house. It was occupied by several people. Many of whom felt familiar like acquaintances, yet distant in the way that I didn’t know anyone’s name.  One room I was in, had me laying in bed with a woman. She was close to middle age, sort of attractive with an amazing body, and aggressive with the desire for sex. It was late, I was tired, but was kept up by her demands and a nervous energy. The nervousness came from a man laying in the same bed next to us. She in the middle, he and I on either side. He was awake, facing our direction but having a nonchalant attitude towards the pseudo intimacy occurring next to him. I wasn’t really occupied with his presence, but felt confused by it. Why doesn’t he leave? The woman pushed herself on me, but I just didn’t share the same libido and wanted to leave. We didn’t have sex. I exited looking for a bathroom. The house’s interior was in bad shape, looking as if it were in the process of still being built, or it was coming apart. It was hard to tell. I entered a large empty room with high ceilings. I went up some stairs to a bathroom that was just a corner of the room boxed off by 2 tall boards of fiber wood clumsily nailed together. Inside there was only room to stand, impossible to even sit on the toilet. I opened the door slightly looking out, and saw a man with a group of youths around middle school aged looking up at me. I closed the door and locked it. As I began to pee, a long electrical wire thin as string with its ends split open exposing tiny strands of wiry copper encased in rubber tubing fell swinging from a large gap in the corner of the wall. It crossed with my stream of urine as it swung back into the wall’s gap. Immediately smoke began rising from the gap, followed by a small flame. I could see a small stack of unused paper towels folded in squares like one sometimes does when out of toilet paper. The top piece having caught fire, I pulled it out and stomped it into ashes extinquinshing the flame. There was more paper deeper in the gap out of reach. A fire broke from it, getting into the walls and I began to panic. This house was on its way to a rapid complete incineration. My mind racing, the first instinct was to run thru out the house shouting “Fire! FIRE!!”. Just as quickly, I was halted by the self awareness that this was my doing. I felt guilt, shame, fear that the lives of others was ruined by my hands. The entire situation completely overwhelmed me into a state of shock and paralysis… then I woke up. Eyes opening, I felt confused in the first seconds with shifting into reality. My heart still racing, where was the fire that surrounded me? In a flash, gone? Then I realized it was a dream, and my heart calmed into relief. It was 6 am, and fully awake now I was grateful it wasn’t ‘real’. 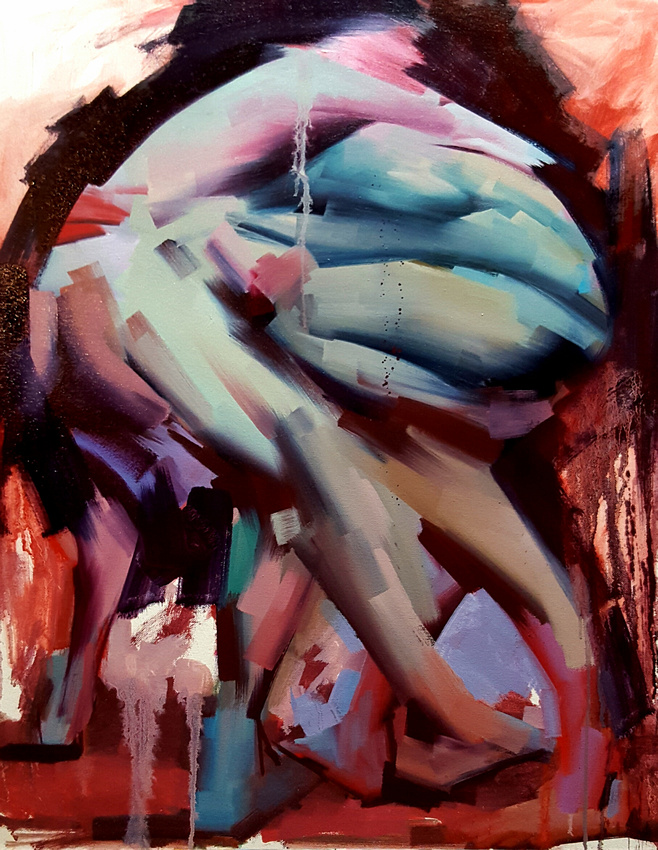 Song "Melancholy and the Infinite Sadness by Smashing Pumpkins