The Self Portrait Project and the Psyche... 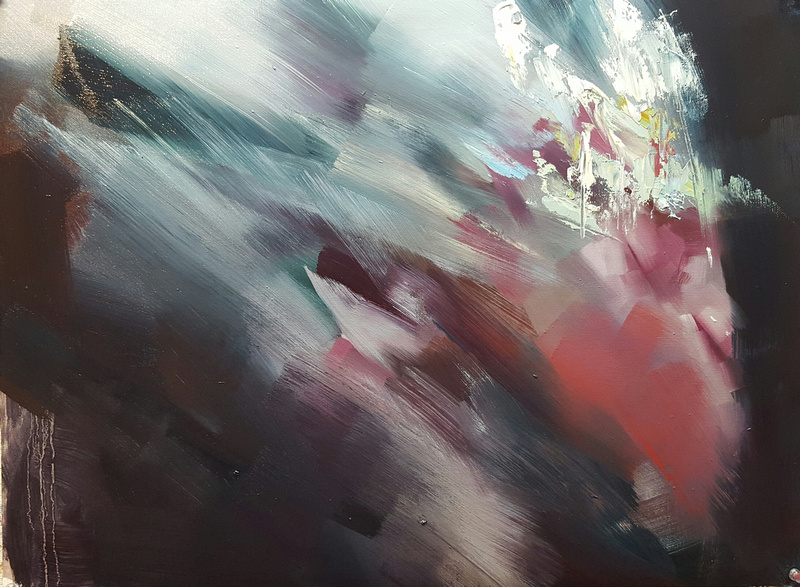 There are several layers to the Self. The personality, the psyche, the inner world of each our individual selves. My work as artist, and the life I live are integrated with the aim in peeling apart those layers. The Self Portrait Project is a continuation with having done this beginning around 15 years ago, my initiation with taking that first step towards the journey of who I am occured with looking into a mirror and then drawing what was reflected back. In his book “Memories, Dreams, and Reflections”, CG Jung experienced a dream where he was in a house having many floors where he began from the upper level and descended to its bottom. Each floor descended became more unfamiliar, eventually becoming archaic. From this dream he  realized each floor symbolized various levels of the human psyche where the top layer of knowing was the conscious, and below, the subconcious where beyond it contained the collective subconscious. With reference to his dream, my own life's exploration and reflected thru artwork has been my walking down those stairs in my own inner home. Its a phenomenal thing, at any point to look back on one’s life and witness how much one has grown consciously if having lived in such a way. How for example, when re-watching a film that one saw in childhood, such as Pinnochio, when viewed again years later one may come to see all sorts of meanings held within all sorts of symbolism. This of course not being limited to movie watching, more so experiencing all aspects within the realm of life itself. Including the world of dreaming!  Meanings holding clues to the riddles of existence. This is the wonder of mythology. How its archaic catalogue of stories are filled with endless portrayals of archetypes that reflect aspects of a primordial, basic generic self that crosses boundaries of culture and time, revealing the core of the collective Self, eternally relevant even to the unknowing invidivual drifting with haste in the course of the modern world of living, and separated from this nuclueus. And again with Jung, and his contributions to the field of better understanding the psyche, that divided self we become (the neurotic self) can gather it's pieces assembling them into a whole again recreating balance, harmony, connection, health in being. What he called ‘individuation’. My creative process with artwork is held in being open to working in any sort of ways. Especially with one of the aims being exploration as described above, such an approach is crucial. The metaphor of emptying one's glass so it can be filled by another comes to mind. Like drinking the same liquid repitituously, how can one even begin to have the slightest idea of what all other variables taste like? And so as artist, being an open channel to the experience of where I am on any given day, which is always changing, is the approach. More and more ultimately, this process is anything but linear and nowhere near consistent. This naturally conflicts with how we are programmed since birth, and I find myself always in confrontation somehow with this conflict. Whether it is within, or outside of myself as in relation to others. This walking is more circular, like walking around a central point in the pattern of a circle within a maze that orbits from a central point that is the destination. Sometimes in this maze I become lost and stumble upon places I have been before. Its comforting to hold on to the past's familiarity after having gone into new territory that brings sometimes a sense of overwhelmingness from it. But I find it's important not to stay too long sitting in that seat of comfort, if one desires further realization of Self and the world. A few months ago I began drawing purely from imagination and intuition. I did it for around 2 months, then suddenly stopped. Beyond my earliest drawing period from childhood into adolescents, I haven’t really created in this way. Recently was different from then however, where not only technically was I now more advanced with drawing craft, but consciously I was naturally (and with much hard work the same) more developed as well. And so the 2 working together here, I was taken back by what was appearing on the paper. Its almost as if I were a witness to myself, watching someone else draw images in front of my eyes. And my excitement grew, which led into a slight mania with drawing first thing each morning as well as each night before sleeping,  over the course of a few weeks.  The rainbow  of my inner world was pouring out, and in moments I felt as if I were holding gold at the ends of some of these drawings. Their value being utterly personal. The unconscious was my greatest companion in my world of solitude and aloneness. It was like being awake and drawing my dreams effortlessly. It felt like being audience to a film that was foreign, yet strangely all too familiar after each scene passing. I understood everything it was saying in its cryptic language of visual symbol. Ironically, I also understood that consciously I could not say such things, and it was opposingly the subconscious' voice speaking, that expressed such things that could only be said by in the strange way of rather listening. Looking back now almost 2 months after this episode, I’m surprised I was able to keep that tunnel into the inner dimension open for as long as I did. I knew it was coming to an end when my conscious Self became controlling of the situation, wanting to formulate a consistency, concerned with the results. Still I tried, and ironically that was the problem. The process was one of spontaneity. And so how does one try to be spontaneous? Still I drew, but those doors closed more with each failure in this way.  Although failing to return here with drawing, maybe from the exhaustion with which, I recently found another entrance thru a side door with painting. Similar to  the drawings, here it was with with colors, strokes, that gave form to a puddle of abstraction, the image of inner experience whose meaning I smile in further awareness after. It is absolutely gratifying like discovering something that has been there all along, yet never noticed. I think of the movie Teen Wolf from the 1980's, where the main character becomes pretentious in his extroversion to achieve the one thing that he thinks will make him happy, the gorgeous head cheerleader of his highschool. He succeeds in winning her, yet it doesn't work out although it was a blast for a minute. In the end he comes to realize what he was really looking for was in the form of his childhood friend that always hinted at him for affection, yet he was always blind there to. And so he walked in the path of a complete circle, returning to the intitial starting point of his childhood where she was still there waiting and they lived happily ever after. I've experienced this quite literally as well as deeply symbolic. And again, the world holds meaning in abundance everywhere we turn our head. It is only from taking a responsibility in coming to know ourselves, that we may begin to develop the proper eyes that can see any of it. And if artist, to develop the hand just the same in drawing what has been seen, making the invisible visible to Self and others. Always more to come…. 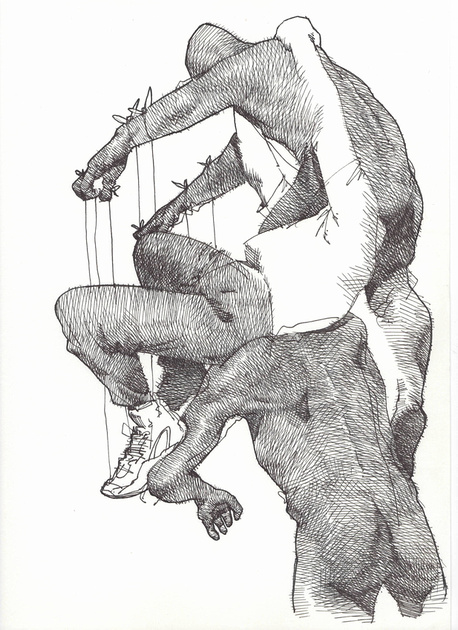 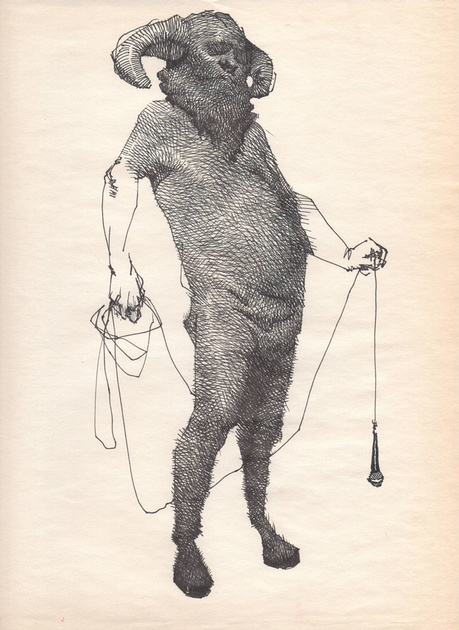 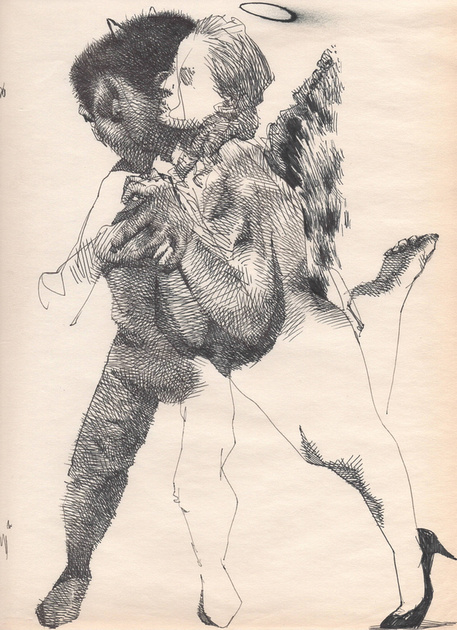 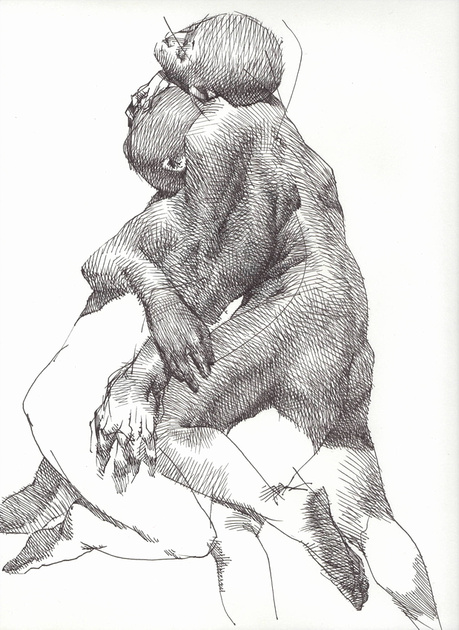