Love in Spite of Everything... the process of a current body of expression 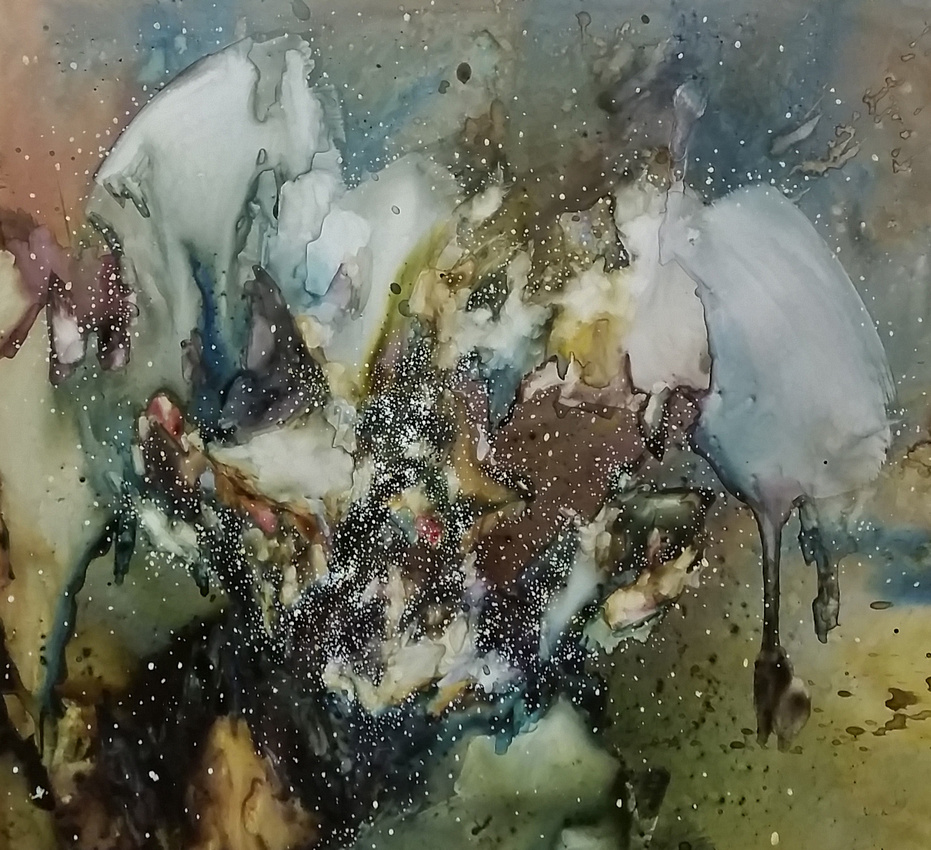 Love eternal. When lovers separate, is the love over? Was love dependent on form, time and space? Was it little more than a condition, existing as ecstasy? When the marriage ends and the two walk away from one another do they detach themselves, start something new only to forget? The nature of our world is built on opposites. With birth comes death. The high and the low, inner and outer, the symbolic mind and heart. The experience of intimacy is a magical place of the irrational. A high place of bliss, where we allow ourselves the temporary ride of being vulnerable to its power but somewhere the bumps of the mind begin to appear taking us off course into territory that has us reaching for seat belts and a map. The shared ineffable correspondence of a formless experience becomes a matching of the semantics of "love". Will the definitions of our 2 individuals align or won't they? How do we come to define the nature of things that can't be defined. Where does one pull such meaning from in the first place? Why is it not enough to settle for the fruit of it's experience. Maybe this has to do with our need to make things last. Our often unconscious fear of death. That need to assert any belief we hold to be true to ourselves, for assurance that we have even the slightest sense of control. And so we control ourselves, feeling another to be obligated to ourselves simultaneously… in the name of "love". "If you really loved me you would/wouldn't…" Yet how beautiful, when one finds it within to go beyond one's self here, making one's self vulnerable to an overcoming of self creating an opening for the world to pour into.  Beyond the pragmatism that shapes the world with clumsy fingers. Here one is back on track, if one is interested in love. Gone is the map, seat belts unbuckled. A trust in the basic goodness of what lay ahead in uncertainty. Its like seeing the world for the first time. Mile after mile. And this enthusiasm need not stop here. At the point of separation, the loudest alarm going off bringing entire intensity of emotional hemorrhaging from the heart. And the mind steps in like a dam, terrified of the loss of control. And if one doesn't catch this crucial moment, life forms into divided conflict separating ourselves from ourselves with the building of walls protecting us from pain. Becoming the accumulation of all that we avoid, we become heavy to ourselves. But we can just as easily become light. That is the beauty of it all. The human will. The will to Love. To love the end, where revealed upon doing which is that there is no end. There are only the ends that our mind's create. And so these following pieces are the process of those walls removed. "Love in spite of everything". Regardless of the circumstances existing alongside all the bliss, bringing a marriage of opposites and embracing with open arms, both with equal enthusiasm.. love. 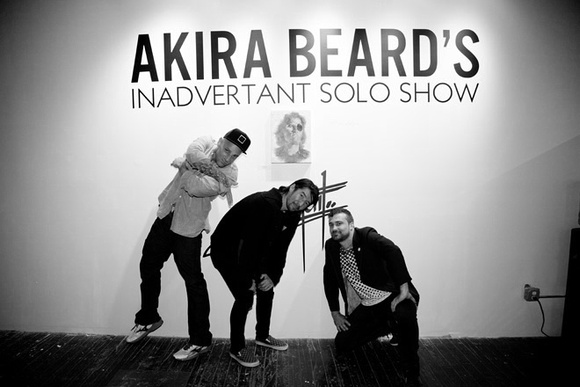 The insights reflected from the words above come from the life experience. And although "Love in Spite of Everything", was motivated by the experience of intimacy, it is not limited to. Such a place aided in the awakening of discovery as how I've come to experience love (mostly by experiencing what love is not), and this extended into a love that is met with the world at large. And so I will share current reflections of life exploration, that is the catalyst towards going to the studio and making art that aims at embodying the treasures of realization. Enjoy.

Succulent Studios in Brooklyn, New York in October nearing three months past. The opening of my "Inadvertent Solo Show", was approached with the enthusiasm of open arms as mentioned above. My perspective was clear, centered. It all stemmed from one mantra alone. I'm so grateful to be here. To have been invited by strangers that placed nothing but support, confidence in my abilities. And to accept the invitation to bring forward my developed meaning up to this point, I unhesitatingly said Yes! And the fruits of a week's labor of living in the gallery, working from morning to night was about to be celebrated now. I enjoyed every second of the process up to which. Because I never forgot, how wonderful it is to have a breathe, and to breathe color into the world with it. I had no expectations. No extroverted concerns. I only accepted the challenges of the present in what ever they would be. But there revealed none. What occurred over the course of the evening was the most successful show I've have yet to participate in. My aim with all that I do is that it somehow benefit any other. That somehow what I represent can manifest human connection. Both outwardly, but especially inwardly. Whether its merely inspiration from the aesthetics of my works, or the deeper meanings there content holds, I always hope somehow any of it will leave the viewer changed in a way better to themselves, towards their own well being. And so at this reception, it was amazingly consistent at how many individuals I met that collaborated with myself in this way. The dialogues I found myself in with complete strangers, that opened themselves to me of who they were and what they took from the show touched me so deeply. The defiency  that I so often experience in the world, that saddens me more than all else was non-existent here. I had to pinch myself more than once. Humans so loving of themselves, not hiding but revealing and interacting with curiosity, intrigue. Fearless of vulnerability, sharing in trust. I was offered a number of opportunities to continue these experiences beyond that night with some of these folks met. Invited into the intimacy of strangers worlds, some would become instant friends. One of which is Angela. "Angel of the Sun", whose experience with played a major motivating influence in the current body of work began following this show, 'Love in Spite of Everything'... To be continued