Religare... with the words of TS Elliot 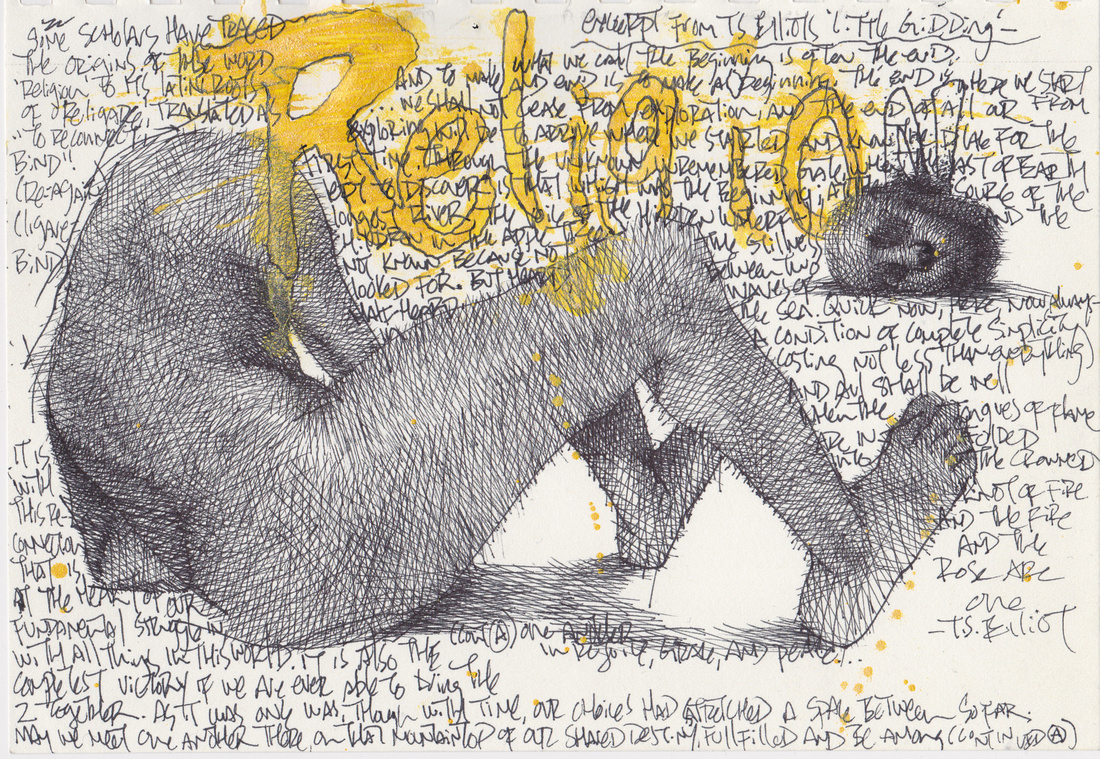 Some scholars have traced the origins of the word "religion" to it's latin roots of 'religare', translated as "to reconnect, bind". (re= again) (ligare= to bind)... It is with this re-connection that is at the heart of our fundamental struggle in, with all things in this world. It is also the completest victory if we are ever able bring the 2 together. As it once was, though with time, our choices had stretched a space between so far. May we meet one another there, on that mountain top of our shared destiny, fullfilled and be among one another in rejoice, grace, and peace.

What we call the beginning is often the end
And to make and end is to make a beginning.
The end is where we start from
...we shall not cease from exploration

And know the place for the first time.
Through the unknown, unremembered gate

When the last of earth left to discover  Is that which was the beginning;

At the source of the longest river

The voice of the hidden waterfall

And the children in the apple-tree
Not known, because not looked for

But heard, half-heard, in the stillness

Between two waves of the sea.

And the fire and the rose are one. 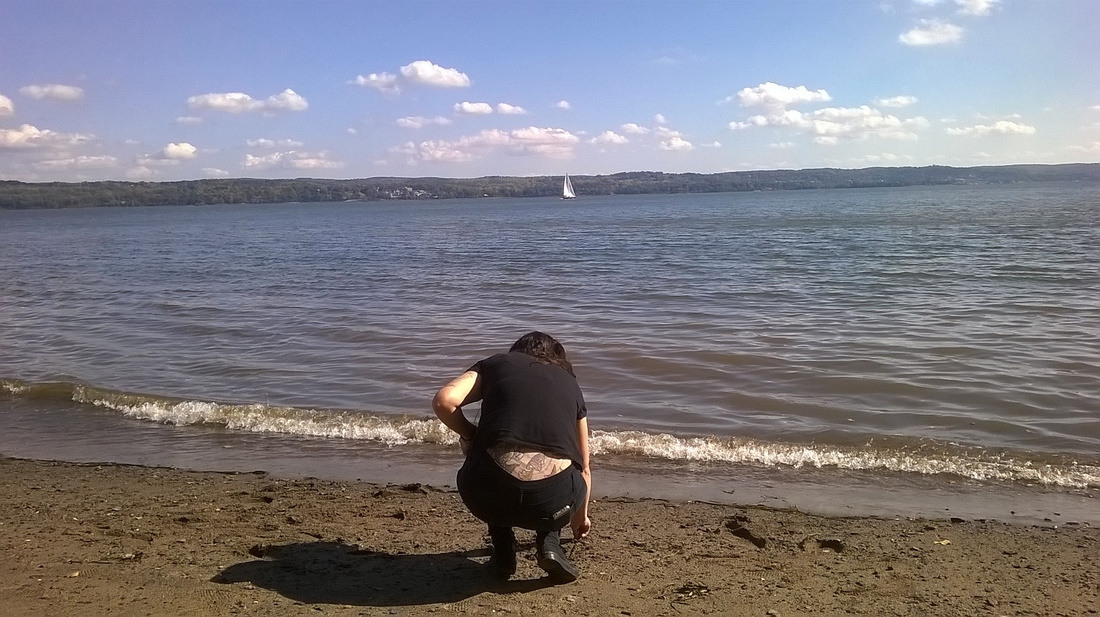 misschennaiescorts(non-registered)
They will make sure that your time together is enjoyable and tailored to meet all of your desires. They are the perfect choice for banquets, business events or other large gatherings. Additionally, these escorts can provide an interesting conversation partner if you just want someone to chat with. With their warmth and charm, they offer an unforgettable experience no matter what kind of event it is.

<a href="https://www.mumbaiescortshu.com/call-girls-in-mumbai/">Independent call girls </a> are another great option when it comes to finding a Mumbai escort. These independent escorts are usually more experienced and provide a higher level of service. They are also generally more expensive than the regular escorts, but they can be worth the extra money. Check out the website of mumbaiescortshub for a great selection of independent call girls in Mumbai.

<a href="https://www.mumbaiescortshu.com/brunette-escorts/">Brunette escorts</a> in Mumbai are also available for hire. These escorts are usually more adventurous and offer a different kind of experience. If you are looking for something a bit more exotic and daring, then these brunette escorts can be a great option. Check out the website of mumbaiescortshub for a great selection of brunette escorts in Mumbai.

Blonde escorts are also available for hire in Mumbai. These escorts are usually more outgoing and provide a different kind of experience. If you are looking for something a bit more exotic and daring, then these blonde escorts can be a great option. Check out the website of mumbaiescortshub for a great selection of <a href="https://www.mumbaiescortshu.com/blonde-escorts/">Blonde escorts in mumbai</a>.

If you are looking for a more affordable option, then you can also check out the website of mumbaiescortshub for <a href="https://www.mumbaiescortshu.com/call-girls-in-mumbai/">Cheap call girls</a>. These call girls are usually more experienced and provide a different kind of experience. If you are looking for something a bit more exotic and daring, then these <a href="https://www.mumbaiescortshu.com/call-girls-in-mumbai/">Cheap Mumbai call girls</a> can be a great option.

The last option is to hire a <a href="https://www.mumbaiescortshu.com/">TrustedMumbai escorts agency</a>. These agencies usually have a wide selection of experienced and well-trained escorts who offer a variety of services. They also usually have a wide selection of different types of escorts, from brunette escorts to housewife escorts to blondes. So, if you are looking for an experienced and professional escort in Mumbai, then it is time to check out a trusted Mumbai escorts agency.

No matter which option you choose, it is important to make sure that you are hiring a safe and reliable escort in Mumbai. Make sure to do your research and read reviews before hiring any escort. This will ensure that you get the best possible experience and that your safety is not compromised.

<a href="https://www.mumbaiescortshu.com/juhu-call-girls/">Juhu call girls</a> are independent female escorts available for hire in the Juhu area of Mumbai, India. These women are highly experienced and offer a wide range of services to their clients. From companionship and massages to intimate encounters and more, these women can provide the perfect companionship for any occasion. Many of these women are available for both in-call and out-call appointments, allowing clients the convenience of meeting them at their own preferred location.

The Dadar Call Girls Service is the perfect place to find the perfect girl for your special occasion. Our girls are trained to provide the best quality services to our clients, and our selection of girls is vast. We offer girls from all walks of life, from college students to models, from businesswomen to party girls. Our <a href="https://www.mumbaiescortshu.com/dadar-call-girls/">call girls in Dadar</a> are always ready to provide you with the best possible service. Whether you are looking for a casual date or a long-term relationship, our call girls are sure to meet your needs and expectations. We guarantee that our girls will make your time spent in Dadar one to remember.

<a href="https://www.mumbaiescortshu.com/borivali-call-girls/">Call girls in Borivali</a> are highly professional and experienced at providing a variety of services to their clients. They offer a variety of services, from dinner dates to more intimate encounters. Whether you are looking for a wild night out on the town or a romantic evening for two, <a href="https://www.mumbaiescortshu.com/borivali-call-girls/">Borivali Call girls</a> can provide you with exactly what you need. With their services, you can be sure to have a night that you will never forget.

If you are looking for a higher level of service, then you should consider hiring a <a href="https://www.mumbaiescortshu.com/borivali-call-girls/">VIP Call girls in Borivali</a>. These call girls are highly experienced and professional in providing a variety of services to their clients. Whether you are looking for a wild night out on the town or a romantic evening for two, VIP call girls in Borivali can provide you with exactly what you need. With their services, you can be sure to have a night that you will never forget.

<a href="https://www.mumbaiescortshu.com/bandra-escorts/">Bandra Call Girls</a> are independent escorts who operate in the Bandra area of Mumbai. They typically advertise their services through online websites, newspapers, magazines, and other forms of media. These call girls are generally more expensive than agency escorts, since they do not have the overhead costs associated with running a business. Bandra call girls may provide a more personalized service and may be better suited to certain client
missbangaloreescort(non-registered)
The bustling city of Bangalore is known for its vibrant nightlife and cultured people. For those looking to explore the city's many possibilities, you may want to consider hiring an escort. Bangalore Escorts girls are available anywhere in the city, providing companionship and entertainment to those who seek it. From private parties to corporate events, these escorts can make any occasion memorable. Bangalore is one of the largest cities in India, known for its vibrant nightlife and culture. As such, it can be a great destination for those seeking to enjoy a memorable experience with Bangalore Escorts girls. Whether you're looking for serious fun or an intimate evening, Bangalore Escorts girls are available anywhere to provide the perfect companion. With an extensive selection of beautiful escorts from around the world, you'll surely find someone who meets your unique requirements.
https://www.missbangaloreescort.net/
Escorts Service in Agra(non-registered)
Incredible posting this is from you. I am really and truly thrilled to read this marvelous post.
No comments posted.
Loading...
Subscribe
RSS
Recent Posts
The drawing process with Life Drawing The beginning with Life Drawing... Art is... Life Art is... Life Stories (episode 2) My second experience with LSD and Art making Life Stories Life Drawings, an interview House on Fire Drawing from Life... a collaborative artpiece with Sek3 The Self Portrait Project and the Psyche...
Keywords
akira beard art portrait drawing sketch love painting yupo watercolor ink
Archive
January February March April May June July August September October November December
© Akira Beard
Powered by ZENFOLIO User Agreement
Cancel
Continue