the Tao, Carl Jung, and a lot of crosshatching... 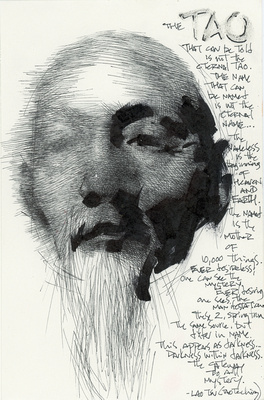 Expressions of the Tao, paying homage to the words, meanings, and spirit of the Tao Te Ching and it's author Lao Tzu. For myself, the discovery of the Tao Te Ching is more recent. I had come across it in previous years, but had no interest in sitting with its riddles of meanings. I blew it off entirely, and ironically if today I had a bible for which I devoted daily reading from, it would be the Tao. Actually, it isn't so ironic. The explanation is best done  with Carl Jung's theory of the Self and the ego. Using the symbol of a circle, Jung stated this was representative of the original/primordial self that we are all born with, into the world. A self that is born from unity in relating to the environment and all things in it. Over time however, a separate self which is termed the ego and represented by a dot at the center of the circle develops. The ego is the result of all types of conditioning, learning, that has one seeing separateness in all things in relation to it. When I was in this space of continuing development of the ego, it made sense that I would not relate to the Tao. During this period, I was more of an intellectual in how I sought the language of ideas, concepts, analysis, etc to understand myself and the world. I did see everything as separate, living and creating a future in living in the same manner. The goal was conventional, in being completive with the next superior in whatever I was desiring and working hard to be better so as to feel good about myself wether this was for acceptance, reward, security. And I did achieve a number of those things in all types of ways, and I identified with them deeply. This was the idea of myself that I believed to the point of arrogance to be true. To be real. But when the circumstances of true reality had challenged and wounded this idea of self and all that it encompassed, would I begin to make my way back from the center dot of the universe of my own mind, back towards the outer circle of the whole of reality… the original self. And this is where I found the Tao Te Ching. Or I should say this is where anything the Tao was communicating began to make any sense.
Walking with a friend on the street, I asked his idea of love. I had recently been reflecting on my own and was astonished how it had changed so paradoxically. My idea of love before was defined by the center point, the ego, and was fundamentally dysfunctional in how it was a conditional idea based from a source of pain and related to another human thru expectation and obligation. I had the painful fortune of being intimate with another whose dysfunction was more extreme in this manner which at it's end became a mirror to my own. This mirror would lead me to explore love in the polar opposite,  from the original self which was without condition towards another. To be so vulnerable, so open and raw with another human with no expectation in return. What happened though was again a mirror, she had returned this just the same so naturally, effortlessly. I liked what I saw in the mirror was the difference this time. No, I loved what I saw. I had never been involved in such intimacy in my life outside of leaving the womb I must assumingly say. And getting back to my friend, his expression was conventional. It's nature was about feeding his ego, though his words and ideas were understood to him otherwise. Watching the downfall and the separation that lead to him and his ex was evident of this, just as it was evident in my own experience. Its almost as if there are two worlds, maybe more, maybe a lot more, that we exist with. More or less, the inner and the outer. The higher and the lower. How familiar we tend to be with one of these worlds more than the other. The outer world of the ego experience, that grows so unknowingly separate from everything. And when we grow so deeply into the tiny centers of a pinhead that finally pops, there is the unaltered aspect of our natural selves that has never left us that remains. And though this seemingly familiar yet foreign world that we begin walking back towards appears confusing in its irrationality, there is a map that can be a guide in support of understanding. Documented by an individual around 500 B.C., it remains of invaluable relevance towards the existence of that outer circle of ourselves that experiences the unity in all things, including the ego aspect of of the center. The ego of ourselves is 'the mother of the ten thousand names', and the egoless is the eternal. They both spring from the same source, only differing in name. This source for the sake of communication is known as the Tao. The transmission that came from the source that is beyond words and perhaps impossible to actually describe is known as The Tao Te Ching, and its transmitter Lao Tzu.
Though I have created work in exploring, expressing the Tao Te Ching and or Lao Tzu, I found myself drifting away from it in recently daily living. What funner way to find my way back than to accompany the daily readings with drawings and excerpts of various chapters from it. Enjoy and best to you in finding your way back. And if these words make no sense now, there is a good chance they will in time. Regardless, enjoy the bliss of your experience. 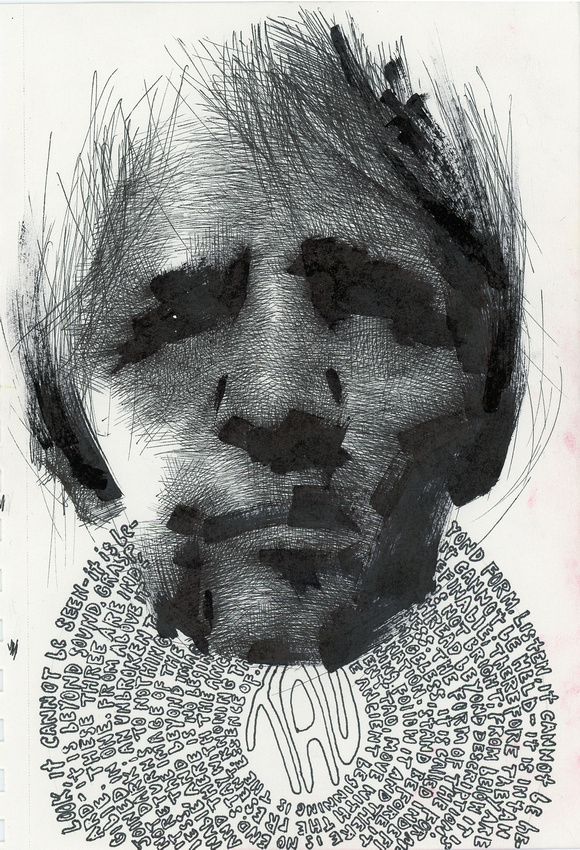 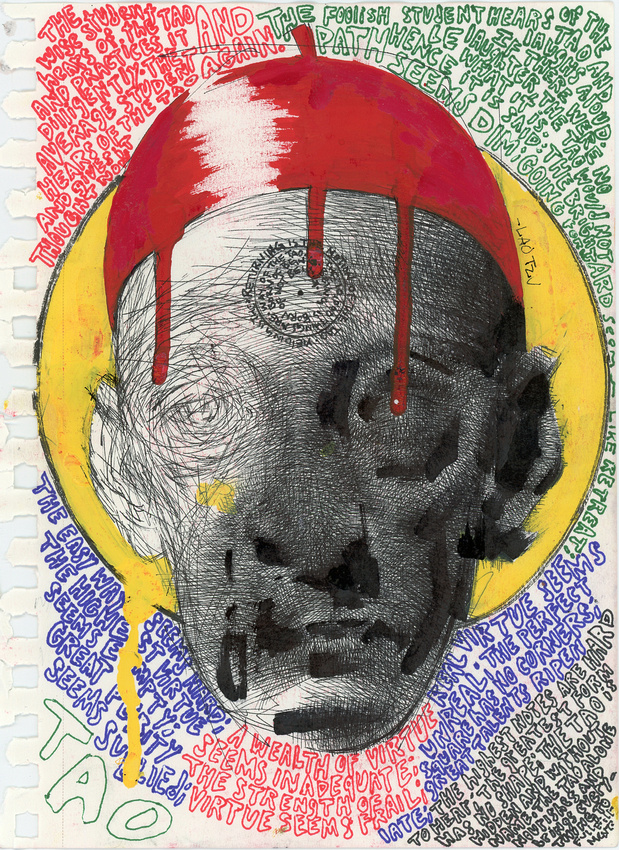 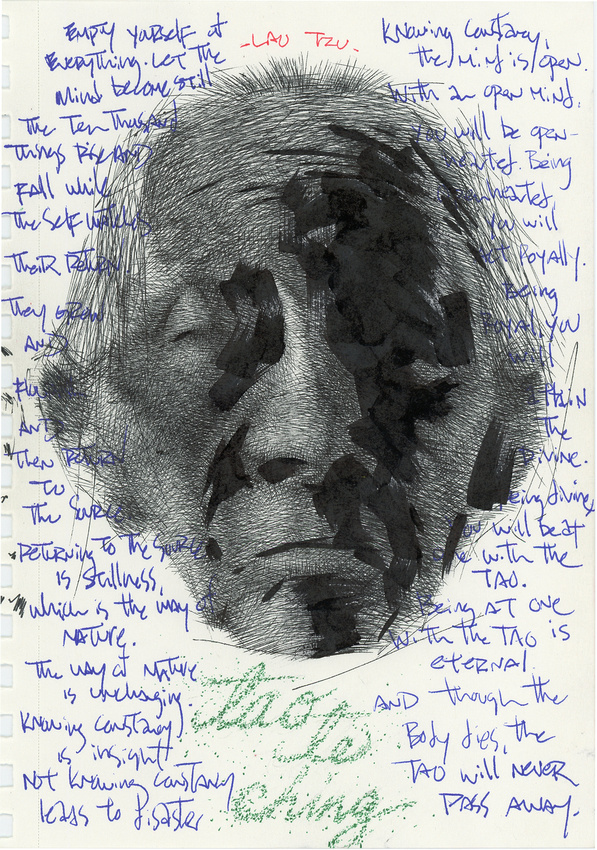 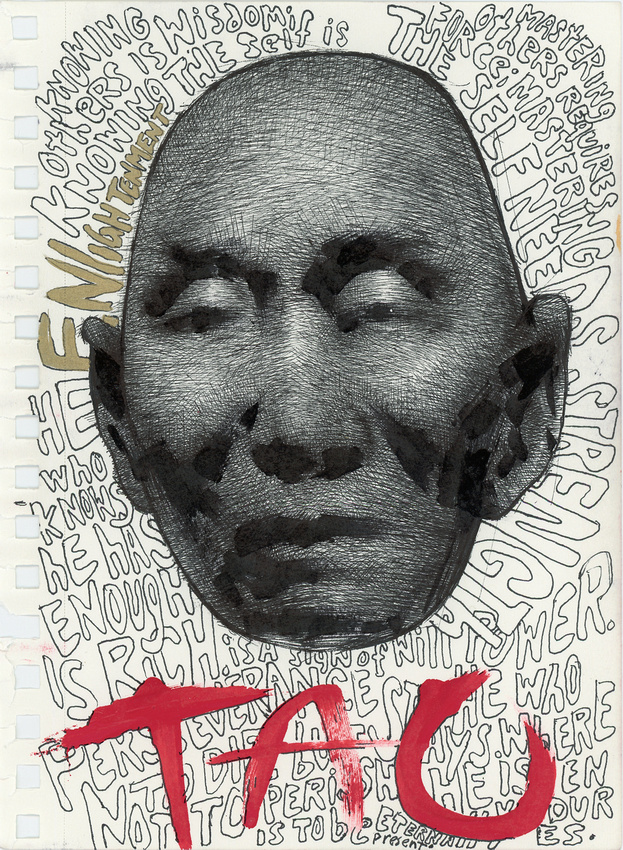 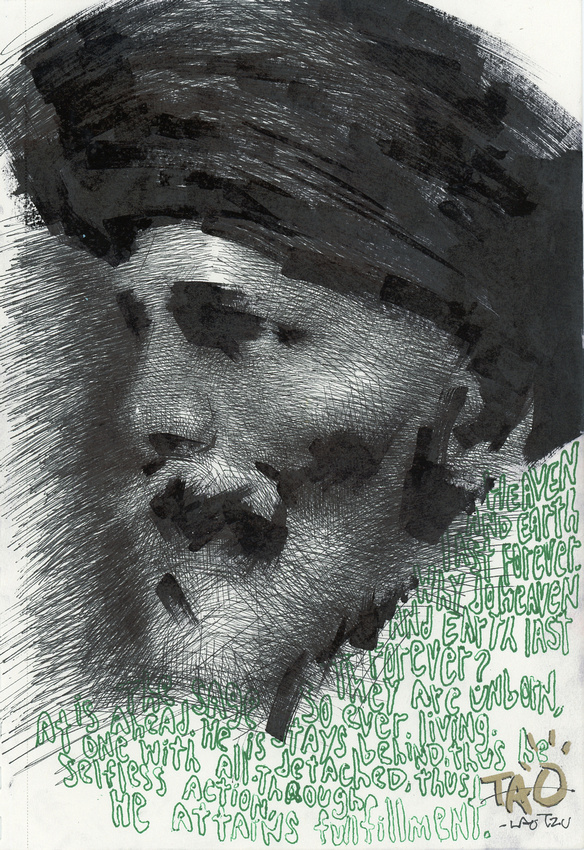 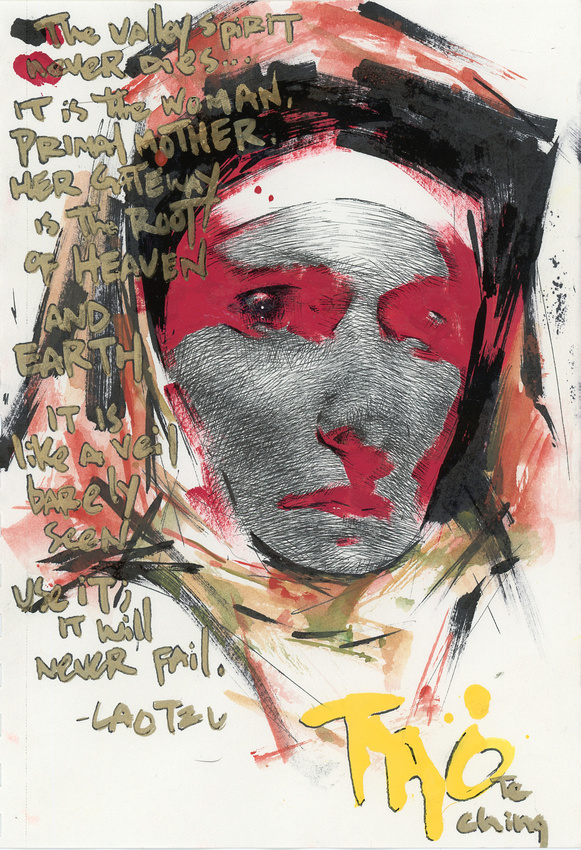 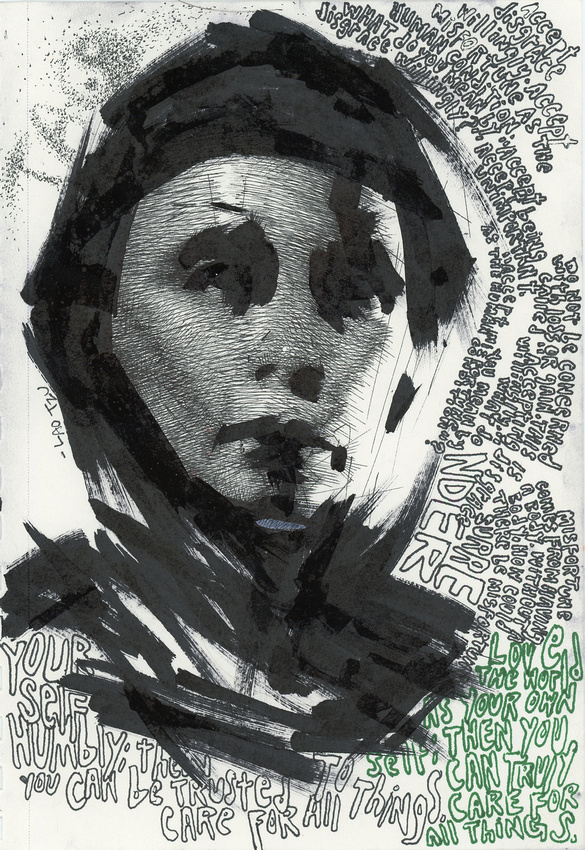