homages to Joseph Merrick, a.k.a 'The Elephant Man' 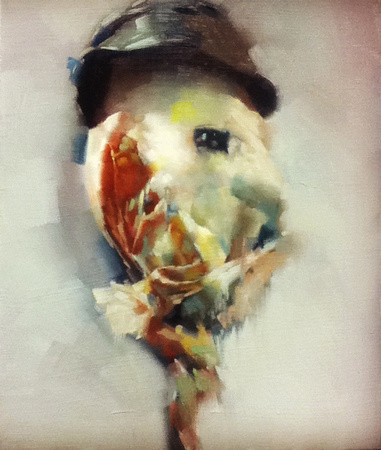 For an upcoming show at Spoke Art Gallery where the theme is of tribute to David Lynch, I new upon invitation immediately that I was going to paint the Elephant Man. This was an early film of Lynch's, made in 1980 which is loosely based on the life of Joseph Merrick.  Merrick was born and lived during the 19th century with severe deformity resulting from massive tumors that covered most of his body, which only progressed over his short lifetime. The name elephant man, was the result of a stage name where he was exhibited to the public as a 'human curiosity'. This is how he made his living.  The film uses Merricks life, as a foundation point and adds to it characters and situations that reflect on the nature of various social archetypes of human interactions with that of a severly deformed individual. Myself, I saw the film as a child and have revisited time and time again since. As a child, the only lasting effect it had was that it terrified me. I was disturbed by the image of the elephant man, too young to comprehend its psychological layers. Years later, it is these deeper psychological reflections that has me watching the film time to time. Characters relations with the elephant man range from pity, prejudice, exploitation, curiosity, repulsiveness, and so on. What I love about films with such an array of archetypes is that though we tend to want to identify with only those that are positive, and condemn those that are negative, if one is honest with themselves one generally experiences the variety of themselves in all the characters. I feel that is what makes such a film as this so deeply beautiful. We are capable, as well as guilty of a lot more than we care to admit. And if one interacts with such an art piece, so as to put their barriers down one can walk away with more than just an entertaining experience. I did. Its aided in the deeper awareness of myself.
Relating to this piece, but the show itself aside, I have been working with the theme related to the grotesque for the past few weeks. The grotesque as beautiful that is. Participating in a series of exhibitions these next few months, from unrelated resources the themes have been coincidentally similar in working with the grotesque. What I enjoy about working with themed shows, is that it tends to create a playground of sorts where I further explore what I have been, yet within subjects I would have otherwise perhaps not done so personally. For example, I am exploring the nature of all things at the moment, where I have focused on the nature of love, reality, mind, spirituality, and so on. But for the time being it has become about the nature of the unconscious, dark matter. The grotesque. This piece of the elephant man, is based on a subject matter that is to be direct about it, disturbing. However, paint itself in all its colors, forms, textures. strokes lends itself to beauty. Not that I am working with any juxtaposition, but it is there. Though I have chose not to incorporate text into this piece, reflections are a natural occurrence of the subject that I am expressing. Though I do not relate physically to the elephant man with his ailments, like many perhaps, I relate to the experience of being judged or even felt to be outcasted as the result of appearance. A few years ago, I had the unfortunate experience of having an abscess in my mouth gums, which grew to nearly the size of a baseball. It deformed my face, and I can recall feeling so self conscious walking the streets prior to going to the emergency room for treatment. People stared. It can't be helped. For whatever reason, it is in within us to react toward others that have exaggerated appearances. Their is even the milder occasions, where I have been on both sides. Laughing and pointing a finger at someone's fashion attire which is in opinion 'bad taste', and having been mocked by the public in regards to my own. Though situations like these occurred in younger years, it is reflections such as these that are inspired by the elephant man. Obviously the nature of his appearance was not the choice of his will, and brought on everyday reactions of unfortunate negativity daily I could only imagine. And as I write this, I think that is the tragedy felt at the heart of the expression… that one can be made to feel so ugly, not by actions they have exercised as the result of will, but as the result of nature itself. Being born in such a way that has the world one lives in despising one's self. Yet the beauty in the tragedy being where the elephant man, in the film, lived with sincerity, forgiveness, and exercised the will to live for the sake of living appreciatively. It is these last few sentences that has me so inspired by such an archetype of a man. 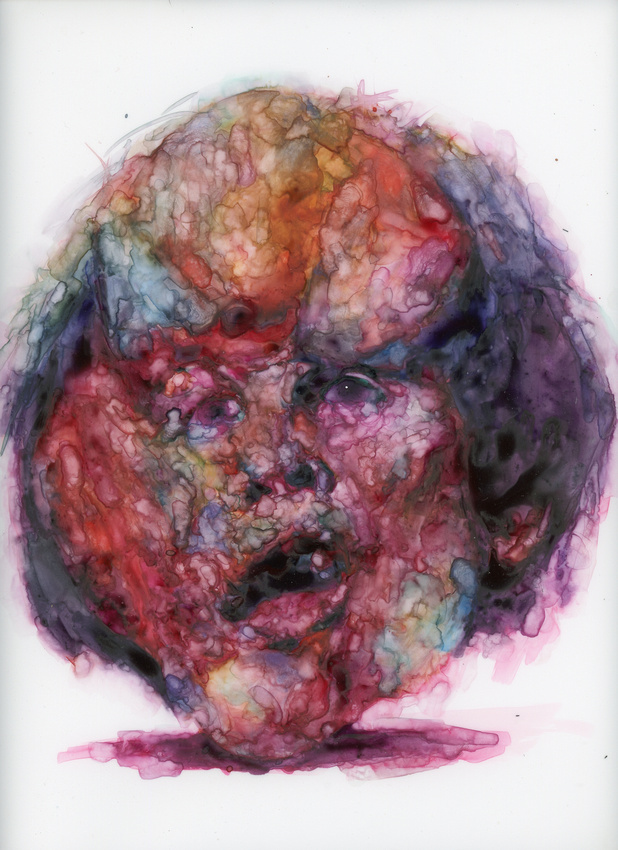 call girl in karachi(non-registered)
It is said that you should be in a position to be able to change your relationship to transcend your typical lovemaking. Be patient if you aren't able to do it. Escorts can impact your coupling through their active management. You must be able to get rid of the exhausting sessions of romance. Call girls can help you succeed in your sexual relationship, which is rare.
islamabad escort girls(non-registered)
. Call them, and they'll be assigned to your home. You will have an amazing time with the amazing organization of Call Girl. Call Girl. Utilization is the main aspect of a gathering of romance. If your lovemaking doesn't have enough value, it will never satisfy your partner. You'd like to learn alternatives to having a relationship and break away from the traditional ways. The old-fashioned way of doing things doesn't work in sexual relations, so you'll need to renew your lovemaking skills with the help of Escorts Services. Things change to an end goal that will bring you complete satisfaction when you hire an Escort. It's easy to call girls to offer love and affection and arrange by your needs. It is essential to have a drink from time to occasionally when you're experiencing an awkward phase in your sexual relationship.
aliya arora(non-registered)
I definitely enjoying every little bit of it. It is a great website and nice share. I want to thank you.
cheap real yeezys(non-registered)
https://www.outletonlinemksale.com Michael Kors Outlet Online
https://www.outletstorecoachclearance.com Coach Outlet Clearance
https://www.discountshoesjordansale.com Jordan Shoes Sale
https://www.newyeezycheapshoes.com Cheap Real Yeezys
https://www.airforceoutletcheapsale.com Cheap Air Force Ones
webhostings coupon(non-registered)
Well, this got me thinking what other workouts are good for those of us who find ourselves on the road or have limited equipment options.
No comments posted.
Loading...
Subscribe
RSS
Recent Posts
The drawing process with Life Drawing The beginning with Life Drawing... Art is... Life Art is... Life Stories (episode 2) My second experience with LSD and Art making Life Stories Life Drawings, an interview House on Fire Drawing from Life... a collaborative artpiece with Sek3 The Self Portrait Project and the Psyche...
Keywords
akira beard art portrait drawing sketch love painting yupo watercolor ink
Archive
January February March April May June July August September October November December
© Akira Beard
Powered by ZENFOLIO User Agreement
Cancel
Continue