The Self Portrait Project...sitting in solitude 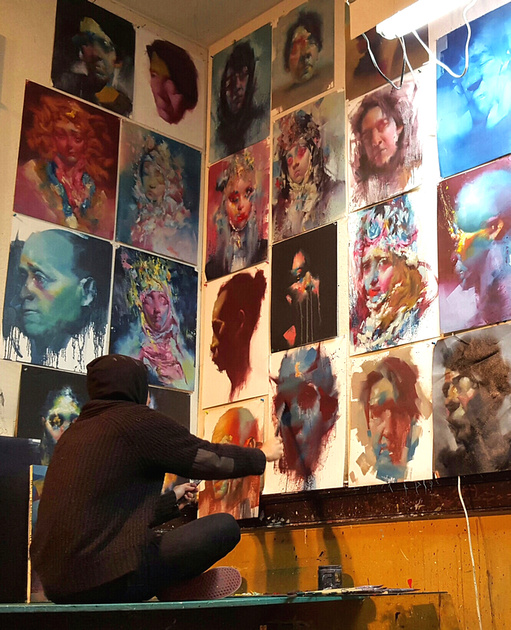 The Self Portrait Project

Currently living in solitude, separated from the world in many ways. Often alone except when spending time together with a close friend nearby. Although the aloneness can be painful some nights, it is invited inside intimately like a companion with the desire in coming to know more each day who they are, rather than as an enemy to be protected from, feared. I feel like a monk in sanctuary, tuning into an eternal silence that rests behind the noise and clutter grown accustomed to with modern living. I am not entirely alone however, where in writing these  words a church bell rings and a tribe of small children in Catholic school uniforms run to the playground just a hundred feet or so from my studio. This current artist’s studio is in a church building on the countryside of California near the Sierra Nevada Mountains. Last week as I took a break from painting and sat on the porch to rest my eyes, a monk visiting from Tibet approached asking for a chair. I grabbed one from inside, whereafter he and 2 other monks sat in a circle chanting in unison a mantra in their native tongue for half an hour at the table near me. The atmosphere is filled with an abundance of such spiritual and religious energy that feels nourishing, especially in evening hours when the only remaining figures are statues of catholic saints lit by moonlight. Its an opportunity I dare not miss, having the space to have such quality time with one’s self. I feel this way with many situations more often these days however, when able to let go of expectations of where I would rather be or who I wish to be with. Just before this I was living in New York for the better portion of the year, where the situation was the antithesis to this. There was little space to breathe much less find any real silence in its excess of energy, activity and people. And I dared not miss the opportunity to engage with that either. The difference I’m finding here is not feeling a need for more than to just be. How fast life passes when it is revolves around always doing. Ideally it would be filling to have both maybe. Such a thought arrives while painting these Self Portraits. Where the doing (the act of painting), is in being with the content of what is being painted. Drawing from the content of the inner world of thoughts, ideas, emotions, experiences… the inner Self. If you’ve followed the progress of the Self Portrait Project at all, you may notice the inconsistency with the imagery of the portraits. How they are not of a single individual. In regards to the inner Self portrayed however, they absolutely are representative of which. Every piece has a story attached, because each was painted only out of a necessity to express an interaction with living. Only in the studio space, do I find the pause in discovering life while it isn’t happening in brief, daily periods of creativity. Then its a return into the constancy of the world, traveling down its stream always in motion. I only speak on my own creative process of course, and what it has developed into. I paint, draw, write what is important. This my subjectivity, being the appreciation of the short life given, viewed from many angles. Expression, curiosity, engagement, examination, appreciation, and so on. Each painting represents pieces of this homage to living. So as individual artworks perhaps each appears as a random portrait in their separation, but together I hope they can form a single, broader portrait expressing the beautiful wonder contained within the spectrum of existence, drawing from the plane we are all born into, exist within, and finally leave from. 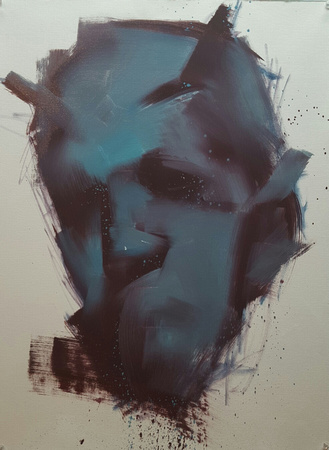 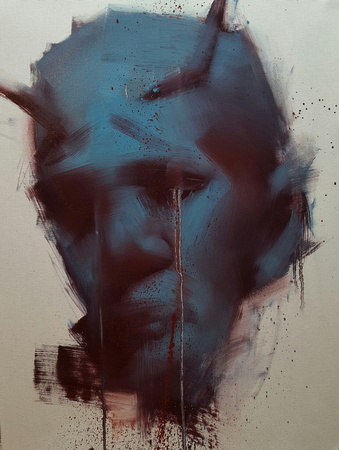 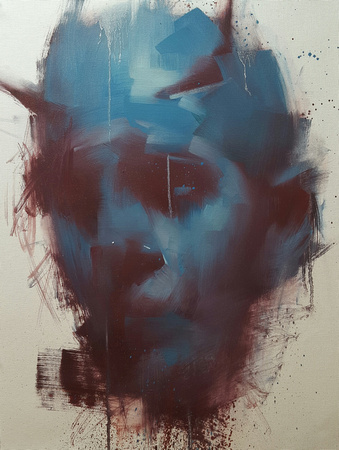 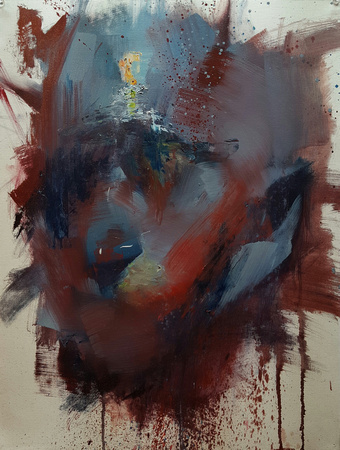