the yellow house and the artists...

The second drawing presented from the recent series created during a 2 week retreat into nature is "the Artist." This piece is available as the original artwork, and can be purchased thru the auction site with a starting bid of $30. If interested please click here. The following is the background on the drawing's creation, as well as the text on the piece itself transcribed. Enjoy! 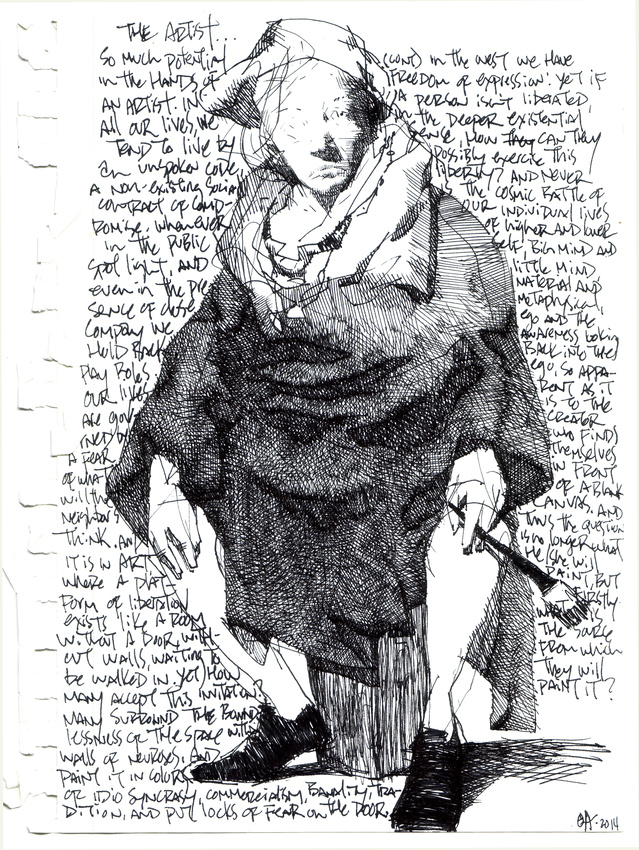 Staying at the residence of a friend's near the Sierra Nevada Valley in Northern California, it felt as if we were 2 artists living at the Yellow House like Van Gogh and Gauguin. We meaning Della and myself. Della was often inspired by the surrounding nature which was endless pine and oak trees. She would gather her watercolors and walk off to a different spot to paint each day. She asked if I ever felt inspired by all the beauty in the landscape, and I replied with a yes, however not in the same way to paint it. I found the environment itself, of open sky, a panorama of forestry, the colors and the textures, the sounds and the smells inspiring in that it pushed me to create effortlessly. It was an energy that I worked with, where I would wake up on the couch on the front porch to a sunrise of pink and blue and begin to write and/or draw before I had even adjusted my waking vision. 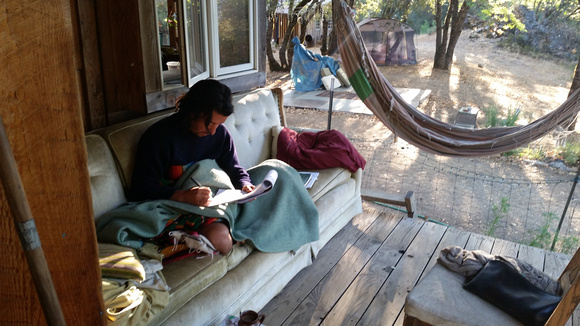 The contentment felt was deep, that this was enough to be here in the presence of such beauty and to create from where I sat in it. No obligations, no deadlines, no pressures, just the appreciation of life and the involuntary act of making artworks influenced by this. And though the majority of the time was spent in solitude in this manner, as mentioned in the previous blog post there were moments where Della and I communed over coffee, dinner, etc. And from here we had a series of talks, in this case relating to art. We talked of our relations to art, what art means to ourselves, and so on. And being playful with intuition, when I carried on in my space of drawing, without intention of illustrating our conversation it was only after the result where I would consistently realize that what appeared on the page was reflecting the many conversations we had. So here, after talking of art, it was a portrait of an artist that manifested. And the text in the piece... " The artist... So much potential in the hands of an artist. In all our lives, we tend to live by an unspoken code, a non-existing social contract of compromise. Whenever in the public spot light, and even in the presence of close company we hold back. Play roles. Our lives are governed by a fear of what will the neighbor's think. And it is in art where a platform of liberation exists like a room without a door, without walls, waiting to be walked in. Yet how many accept this invitation? Many surround the boundlessness of the space within with walls of neuroses and paint it in colors of idiosyncrasy, commercialism, banality, tradition and put locks of fear on the door. In the West we have freedom of expression. Yet if a person isn't liberated in the deeper existential sense, how can they possibly exercise this liberty? And never is the cosmic battle of our individual lives of higher and lower self, of big mind and little mind, material and metaphysical, ego and the awareness looking back into the ego, so apparent as it is to the creator who finds themselves in front of a blank canvas. And thus the question is no longer what he/she will paint, but firstly what is the source from which they will paint it? ", were taken from the essence of my feelings involved in Della and I's dialouge. And so from the process of life, a piece is brought forth with the hope of transmitting the nourishment experienced by the creator and into the viewer. May these expressions inspire as I have been inspired to create them. 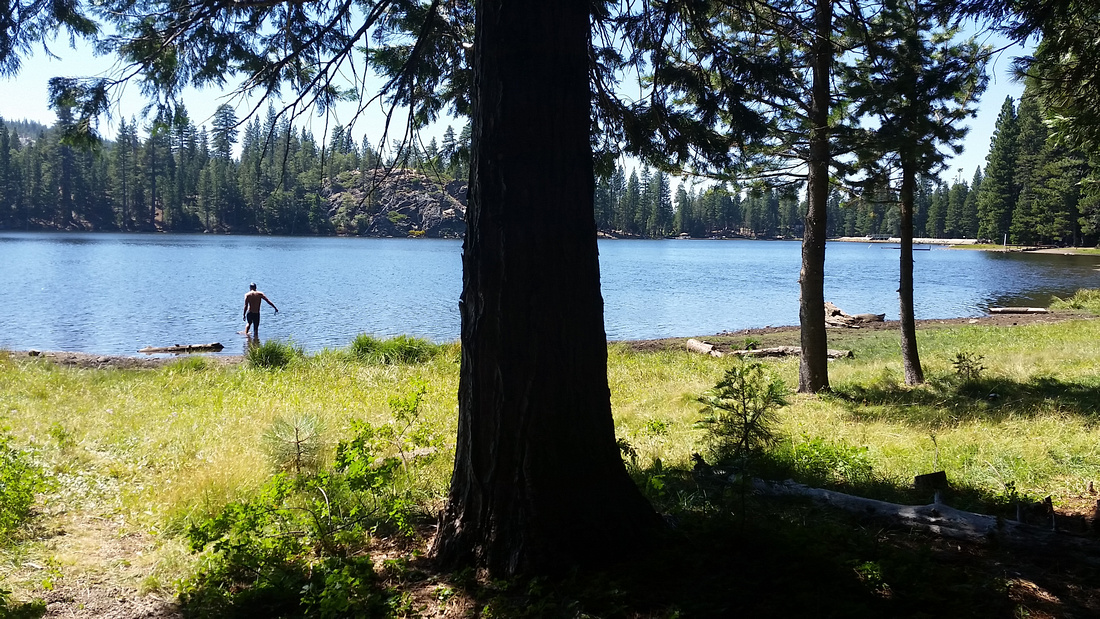