mind itself is reality...

This piece is the result of reflection that occured on this past Saturday in Bloomington, Indiana. I had awoken in the morning, groggy from having gone to sleep at 4am for no other reason than restlessness. The day though beginning, I felt a certain abandonment towards reality and thought to just find a warm, cozy hole to sleep in. But then I caught the light of awareness and snapped out of it. Despite the sluggishness of the mind, I grabbed the swim gear, bicycle, and headed down to the quarry. 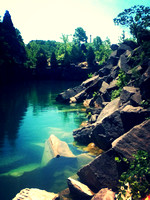 Upon arriving, I was immediately uplifted. The transparent emerald green water with rainbow scaled fish swimming close to shore, sun shining rays deep into my pores I swam a few laps and then was hit with anxiety. I found myself alone in deep water left with only the company of my own mind. As I looked at how far shore was, I panicked as my mind recoiled into a neurotic state of fear. So again, I called upon the nature of awareness, floated on my back looking into the sun saying to myself over and over "all i need is within me", I sat in my suffering, and relaxed back into stillness and made it back to shore with a smile on my face. I had officially made the transformation back to the nature of reality. Good bye fear, resistance... hello openness. Heading back home, the world became vibrant. Every moment was a living composition to be appreciated. I had taken the identical path to the quarry and had noticed very little if any of it the first time around. Goodbye state of forgetfulness, hello mindfulness. 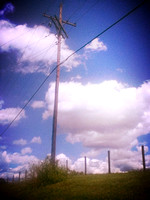 Comrade Aaron was participating in a cycle race in the heart of downtown, so I had made my way down there after venturing from the swim. I had no idea what this entailed, and especially being a visitor to this foreign town it is typical to enter a situation of an unknown nature with fear. We often do this by arriving at a pre-concept/judgement of how it is going to be before even having actually experienced it don't we? But with this realization, I emptied myself of any fantasy and entered the arena with presence. I would join Natalie and Jacqueline on an open patio in the front of Finch's restaurant where we watched the cycle race only ten feet or less from actually being in it. 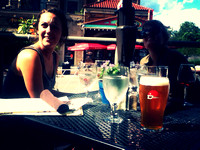 I was served by Joe who recommended the Duck Confit salad. 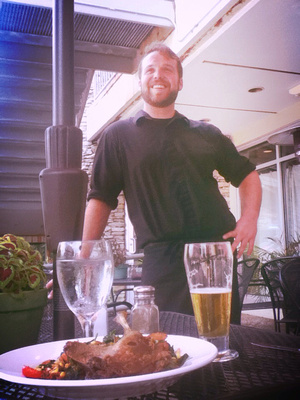 I appreciated the variety of flavor, textures, and tenderness of each bite. In between sips of various quality draft beers, I admired the spirit of the cyclists as they sped by the patio. It is such an inspiration to witness individuals in a collective space in complete alignment physically, mentally, spiritually. The nature of sport activity tends to cultivate this, I only wish to experience it more typically in casual presence with other people. 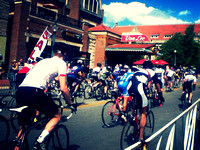 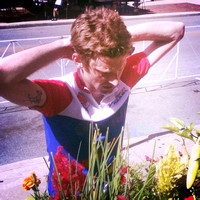 When the race was over, the group of us relaxed around the table in the nature of each others company. I would meet the gentleman next to me, Kevin, who I was intrigued how his camera seemed to be an extension of his arm/eye. I had asked him, 'why the medium of photography out of all mediums' and even during the insightful conversation as to his explanation of his relationship with art, he would take photos if any moment had inspired him. And every other moment did and this is not to say he was not present in our dialogue. Taking photos was truly like breathing to this man. I was amused and inspired. 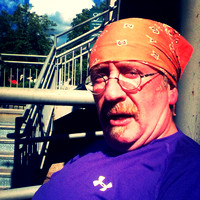 As I came back from the restroom, I noticed the person behind me drawing in a little sketchbook. Co-optly I glanced over his shoulder and was curious and inspired just like every moment that had occured since swimming earlier. 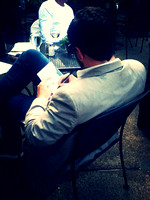 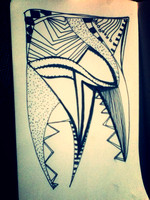 We would get into a conversation and I would discover that he was a director of a program in New Jersey working with troubled youth. The nature of our conversation was about the meaningful nature of life, and looking within to discover this meaning. He expressed how he often feels isolated in this view and how he was joyful to have come across my company. The compliment, feeling was mutual, and I felt the peak of my upliftingness which is often the result of experiencing deep connection with another human being. Especially when it is on the spot, usually from shared vulnerability. These are my favorite interactions not only because I leave with a memory of inspiration, but I learn something genuine about another individual from the exercised humility of openness. His name was Jason.... 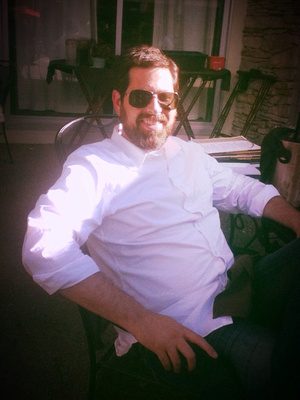 this expressed documentation is only a little more than half this day. Rather than go on, I will wrap up with this conclusion. There was a time of my life, a good length of it unfortunately where I missed out on life itself. I didn't see this at the time of course however, such is the allegory of Plato's cave. I had built a cocoon of a life, living in an illusionary reality of coping. Coping with the unawareness of conditioned suffering. This was all the result of not having even the basic understanding of the nature of my own mind. The result of which would be a closed mind, a closed heart, a closed experience of life. When I look at the photos in this blog, I see a collection of basic goodness in the people in the world, in the world itself. This is merely the result of the basic goodness that I experienced on the spot. Living in a world where all things are interdependent, I hope even a single sentence from this expression finds its way into the heart of another so as to inspire a transformation of upliftingness, making the shared world we live in more and more a place of radiant luminosity, moving forward towards the liberation of all sentient beings. Though I didn't include the following words in the piece that are in collaboration with this Saturday expressed, they came as an inspiration on the reflection there of... Enjoy and nothing but love towards all.

'mind itself is reality. The world outside one's self, is experienced from within one's self. And from this fundamental awareness, does one exist in the primordial, unconditional state of being, living in harmony with the true nature of reality, thru the realization of the true nature of mind. This is the highest potential  to living, inherit in us all. For without this awareness, life is experienced in a rather illusionary nature. An appearance of reality, not reality itself. And in the laws of nature, such as impermenance, are these illusions shattered and we find ourselves awakened again and again, to the nature of reality. So let us go deeper with more realization, always, into the nature of our own mind. So we can arrive at the hidden treasure we exhaust ourselves looking so desperately for, waiting for us always in the nowness of reality. That treasure of true happiness, inner peace... Contentment. ' 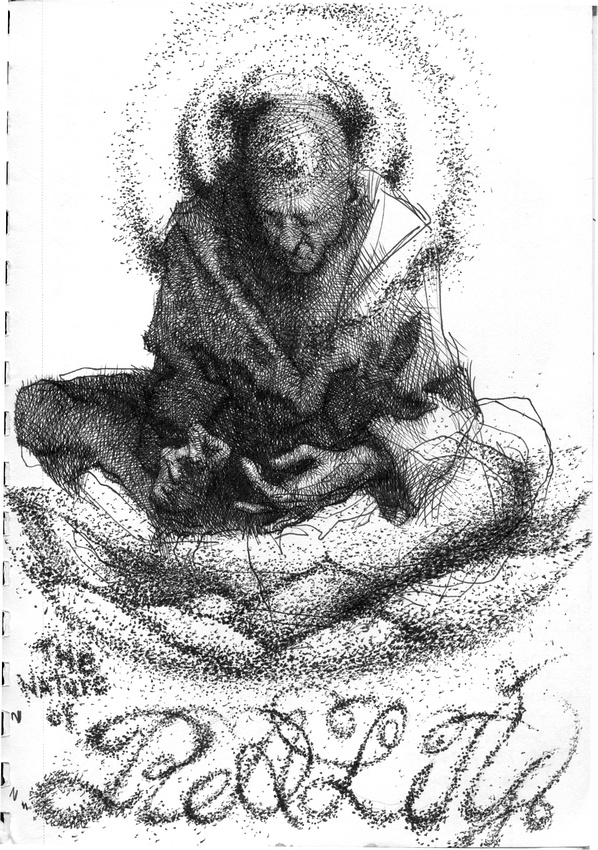