focusing on what is important 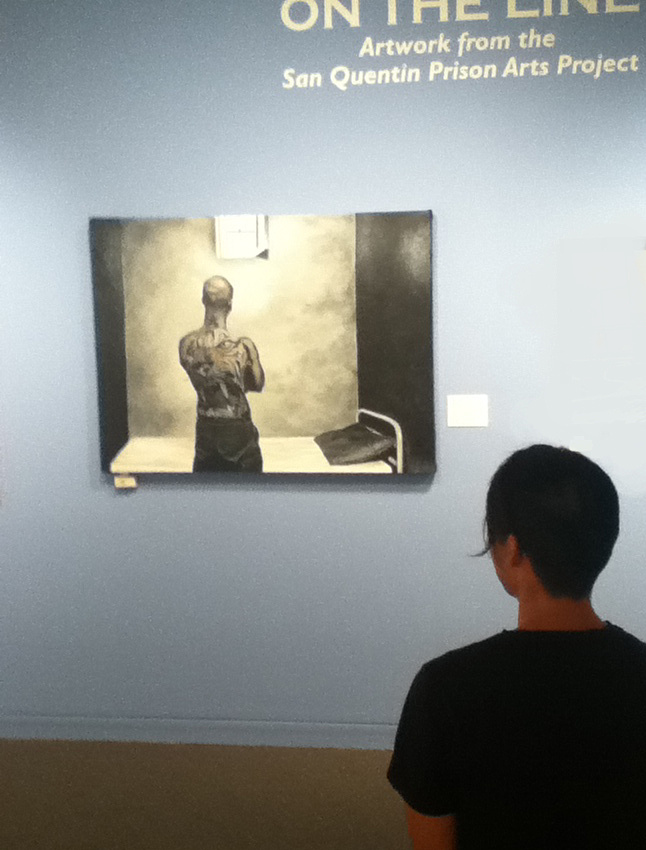 At the San Francisco Main Public Library, there is a show titled "On the Line" at the library's gallery section, which is an exhibition of artworks in various mediums created by inmates incarcerated at San Quentin Prison. I viewed the show yesterday, but feeling such inspiration from it I had to go back. I'm glad I did, for I would find myself in meaningful conversation with Carmen, a random individual that experienced similar inspiration from the exhibit. The artworks themselves triggered me to reflect on the various functions of art. The function here as presented in the shows statement was basically that thru the development of art practice, inmates could experience a personal development thru creativity, expression, discipline that has the potential to lead to a persons sense of worth, meaning, and consciousness which could aid ultimately in his/her's rehabilitation upon entering the 'real' world. I felt these qualities to be reflected in the art itself, and was moved deeply. Admittingly, I would have tears in front of 2 seperate pieces. I was impressed by the duality of the obvious struggle in physical nature, and the various levels of resolve thru the metaphysical nature of creativity and expression. 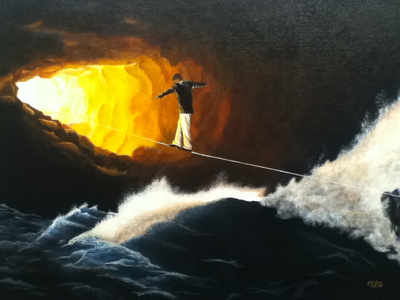 I experience this weekly in working with elders for the last 6 years. As mentioned times before, what drew me to be involved in the elder program is the honesty that is captured in the images created, as a result of the function art often serves in the lives of the elders that participate. I am often turned off more and more attending public art shows by professional artists on the gallery scene, for the function tends to be more of a material nature. That is the benefit of the artists ego in various ways. Whether its title, money, trend, and so on. I experience a lot of neurotic expressions. This is no surprise, for it is the root of the current culture and I guess it is simply reflected in the mirrors of art. This is all my personal opinion of course. Feel free to disagree. So when I come across a piece such as Tan Tran's "Justice Needs Enlightenment" where thru imagery he describes his words " Justice C.D.C system... sank me into the dark of ocean, I became a deep seadiver and came up covered with scintillating pearls. Those pearl shining to history of man kind suffering", I find an individual that is coming from a place of vulnerability, and in the awareness of his own situation is led to the greater awareness of those around him. This is the antithesis of materialism, where a single human being begins to see the world as one that is more than one solely existing within themselves. This is empathy. This is compassion. 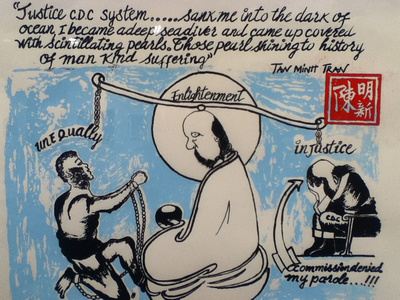 As mentioned in the opening, I would find myself in open conversation with a complete stranger. I had asked her to take my photo in front of a piece, and from there the conversation began. Her name was Carmen, and she described herself as a layperson in regards to art though she has a daughter that recently graduated art school in photography, and she her self had taken a class here and there. These are my favorite dialogues in art, for the layperson's interpretation tends to not go thru filters of art intellect/education/history that pretend and/or over conceptualize the art experience. And artists being the minority in this relationship, I've always appreciated those that just happen to be passing by. She was moved by how the inmates used art as a resource to communicate with others. She would go on to express how paintings of nude figures and still lifes have a much different impact in this way. That these artworks describe an existing human being, and how he is thru whatever medium, expressing consciousness. As stated in my own view, Carmen's and I was very similar. She had a nephew that had drawn a while back while he was in juvenile hall, the jail yard and a butterfly flying towards the sky carrying a key that said freedom. I could see the water being resisted coming from the bottom of her eyes as she described this. I wonder if she noticed it in mine as I bent my head down to hide while listening. The thing I am loving about art more and more are these experiences. Humanistic. Uplifting. Transformative... There is the artist, the art, and those that experience it. And its amazing to think how these experiences can transfer and transform thru all 3. The potential of art! Here are a some pics of more art from the exhibition. More info can be found at http://williamjamesassociation.org/event/san-quentin-art-exhibit-san-francisco-public-library/ 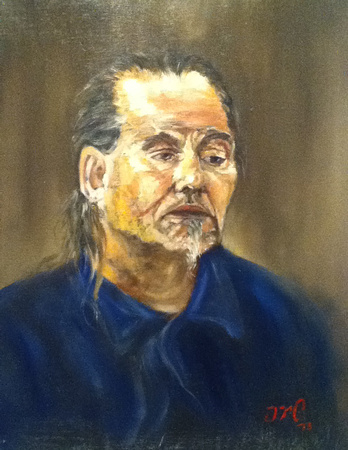 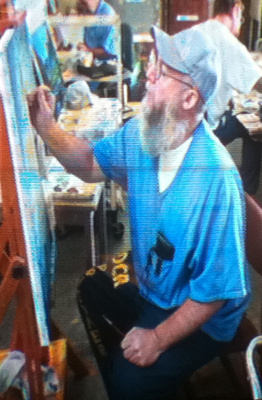