Recent piece created for the upcoming show at Emerald Tablet Gallery in San Francisco with the opening on June 8. The piece itself is inspired by the practice of insight. Looking within, which is reflected in the writing. The pics are experiences of surrendering to life itself which unfolded in glimpses of open spaces during the painting process. Or is it vice versa?  Its funny how even buying picture frames at IKEA can become a fun adventure. 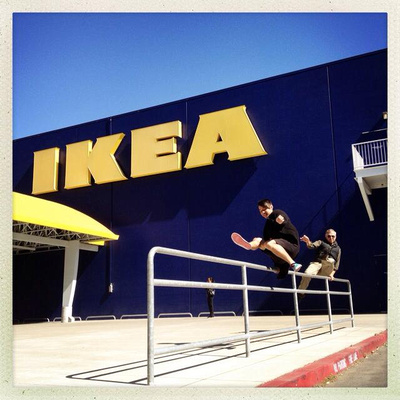 An example of this is where the gentleman (friend Chris Jernberg) is shaking the hand of the elderly woman in a red coat (Estella). While we were having breakfast in the cafeteria, he noticed her behind me, aged and alone with a tinge of sadness. He thought to invite her over, and though he didn't he caught her as she left to tell her how beautiful she is. She was flattered with a smile and open to the moment as intensely as Chris. This is one example of several that took place between attending Jacob's birthday party where you can see in the pic the painting began,

to where it would eventually end after having swam in the ocean and ending up at the public library. Life was an experienced as an adventure, simply by surrendering to it moment by moment. The pics remind myself of all that is passing by, if I were to lock myself in a room to be spent in isolation with a painting. 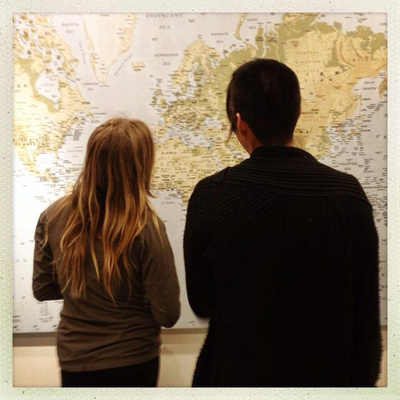 It is my philosophy as well, that the art itself is that much richer with life experience. I constantly find myself telling this to students recently graduating from the art school I teach at, often to not avail. Haha. But in empathy, I always remember how I came to exist in such a place with such philosophy. By being in that place with which they frustratingly struggle with. We are all in this together trying to figure it out. Let these expressions be testimony to that. Not to have realization mistaken for understanding, it is my hope that the reader will find inspiration in the development of their own realizations. Thank you and enjoy! 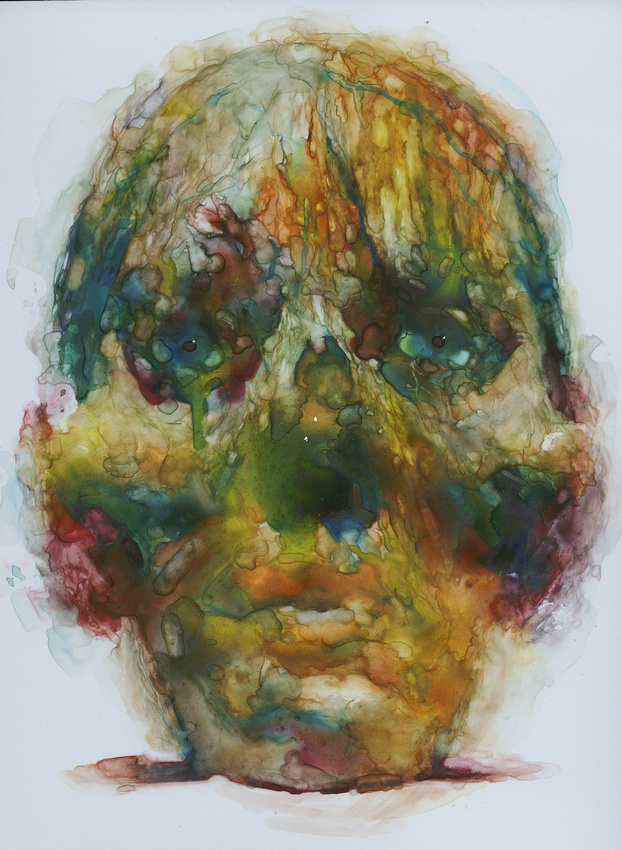 Look deep into the nature of mind, seeing past conceptions, opinions, prejudices, learned knowledge and arrive at that crystal clear clarity of the unaltered primordial state of being. And from here, like the nature of a crystal let the experiences of the universe reflect thru your being, fully absorbed in the harmonious nature of all things existing in accordance with another. No longer experiencing the world thru that restless mind exhausted by neurotic thought and emotions, no longer afraid of anything in the world. Boredom, depression, aggression, control, grasping, and so on fade into the background like the setting sun. The moon and all that it brightens is experienced unconditionally until the rising sun luminates all that more to be experienced with an open heart of fearlessness. Life itself is rewarded gratitude. The awareness of even walking the earth step by step gives one goose bumps, for it is experienced deeply. And true liberation occurs in those moments where loss occurs, but is experienced willingly. For it is all seen as the completion of a whole life. And to live it wholly, there is no regret at its end for life was experienced in all honesty, unconditionally for all its potential in the nature of its reality. There were moments where it was as simple as laying on ones back in a body of water under a hot sun, and other times that invited the intensity of experiencing the death of a loved one. And in the end, it is ourselves we arrive at in having lived conditionally or unconditionally. It is to ourselves that we answer to whether we truly lived, or denied life waiting to be dead. As the saying goes, 'it is never too late', so let us begin with ourself and live fearlessly the richest potential made available us all from birth. Let us live...