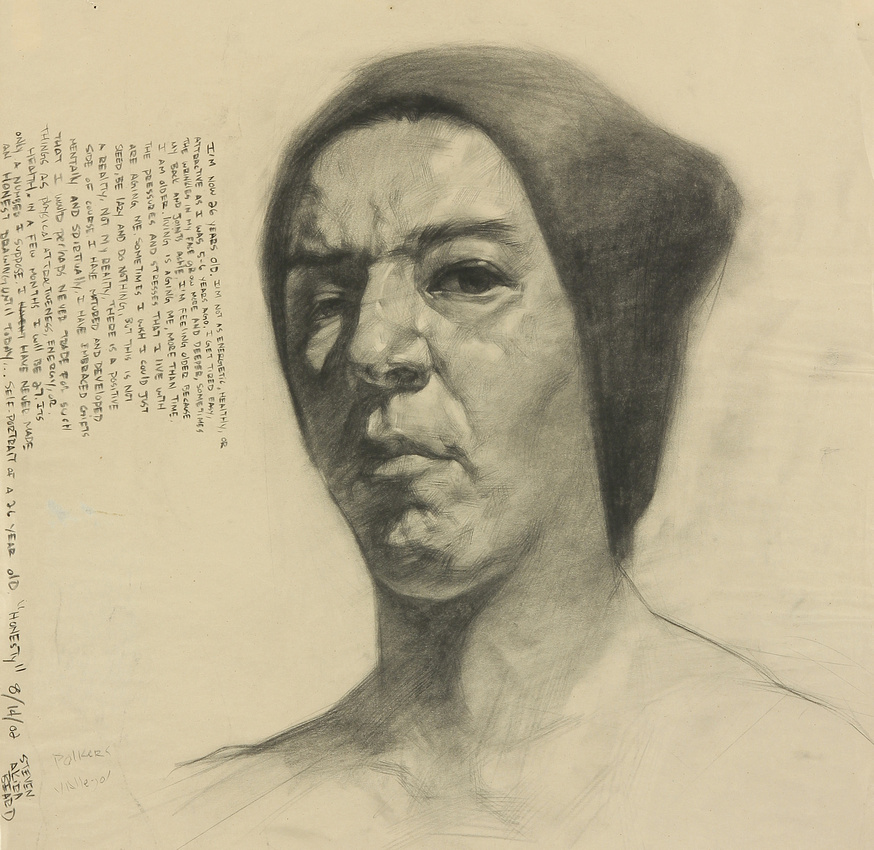 In the process of working on my first book, a collection of artworks expressing a concept that began in 2002, I took several old self portraits that I had executed from early as 2001 to 2004. In this period I was working on the first stage (self) within the concept of 3 stages (self, culture, nature). The point of examining the self was to develop an understanding, relationship with the self. To go within, and truly awaken to myself, so as to understand the world outside of me and my relation to it. At the time I was in a magical place. I was in a relationship with a girl that was beautiful inside and out, loving me in the truest nature of the word and nothing but completely supportive in my life. I had just started art school, beginning the path of the rest of my life, taking that bold step doing what I wanted to do. For the first time in my education, I was obsessive with wanting to achieve and do the work. Meeting all types of artist friends, being introduced to art history, inspiring artists both living and dead... I had no worries other than developing my art.  But I was completely miserable. I was suffering, it was confusing, and my first mentor at this time, Christopher Jernberg would lead me to the solution. The examined life. Externaly, I was successful, but my relationship with all these things was disfunctional, because my mind was so. So for actual practice, it began with literature, the first book being Eckhart Tolle's ' The Power of Now". It sounds naieve to think back now, that it was the simple things that I had no conception of. Presence. When I read the book, I became so present, getting lost in all things around me. Whether it was a conversation with a stranger, or watching running water from a faucet, I was keenly present in appreciating the moment. And this would carry on into drawing. At school, poses were limited to 5-20 minutes, and the longest was 3 hours. I wanted longer, and what better way to develop awareness, presence, and drawing than thru self portraiture. So I went home, set up a light and mirror and confronted myself in the mirror for hours. I executed so many life self portraits in the period of 2001-2004, that I lost count and can't imagine the number of hours. It was an experience of really looking at myself, and having an internal dialogue. It was a wave of emotions where sometimes I loved this man, but there were times where I was really critical, and depressed from what I saw. But I kept at it. Besides literature, I would also begin journal writing. One exercise I would do, as introduced by the author Julia Goldman, was to begin the day by writing in a journal non-stop for 10 minutes. A mental constipation of sorts. It was difficult, for things would come out that were disturbing. But I worked up to it, and what I came to see was not that these thoughts were of honesty. But they were thoughts that were merely repressed, and I had finally given them a space to exist and be free. It felt good. I would then eventually began actual journal writings of inner reflections, and begin to write that. This would at a point begin to be incorporated into the life self portraits as well, and when years later doing cultural portraits, I would use the same practice for those expressions. When looking back, its a pleasure to see how far I've come. Yes, there is the initial feeling of embarrasement when looking at some of the early drawings. Reading some of the text, and the drawings themselves were in the earlier stages of developing technically. But that is ego, and the pleasure is that I have evolved, from self, in that way. That its okay. What is the threat, and why take it so seriously. I'm having more respect for all things, seeing the truer nature of them partly from this initial practice of knowledge of self. In this case, respecting that this was a time period of my life. For better, or for worse and to celebrate that. Especially since I am no longer in that place of suffering, that these drawings remind me of during the time. 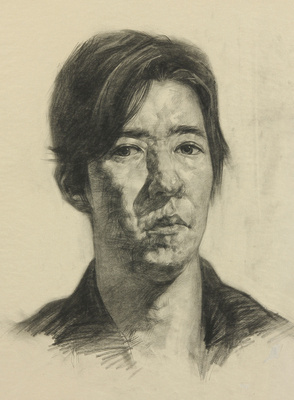 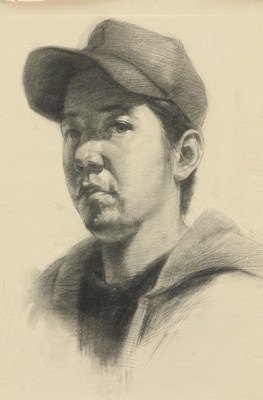 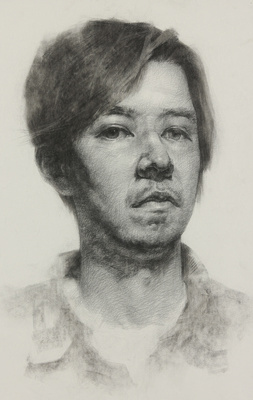